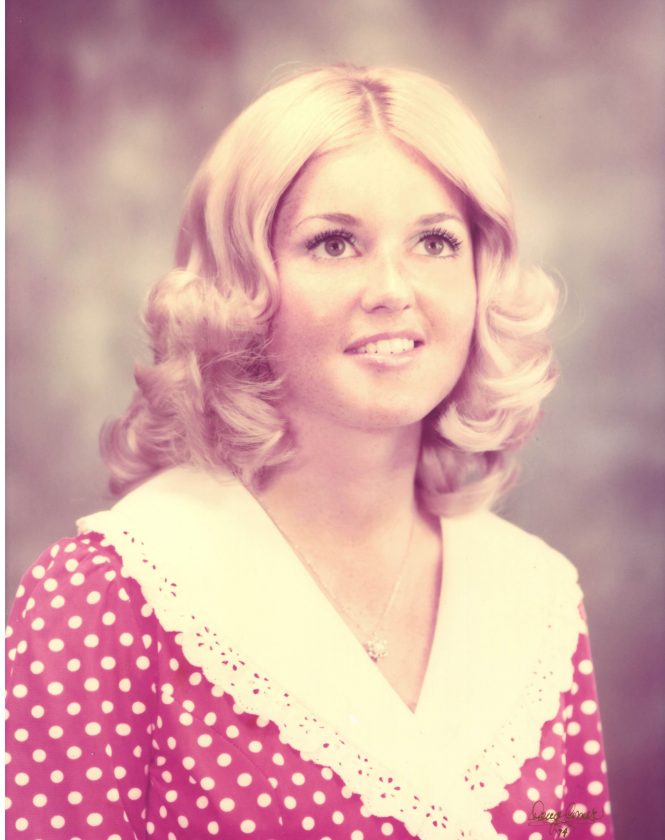 Linda Kay (Cartwright) Bandy, 70, while under hospice care in her earthly home, was called on Friday, January 10, 2020 to her eternal home by her Savior Jesus Christ, in whom she placed her faith and trust. She did not lose her battle with triple-negative breast cancer, but rather fought the good fight with it and kept her faith throughout to the glory of God obvious to all over the nineteen months of her sovereignly appointed final race of life. She believed that “Now there is in store for me the crown of righteousness, which the Lord will award to me on that day” (2 Tim 4:7-8).

Born May 19, 1949, in Springfield, Ohio, she was the daughter of Robert (deceased) and Betty J. Cartwright of Springfield. She graduated from Springfield North High School in 1967, and was voted the “Best All-Around Girl” from a senior class of 430 members, having been the captain of the cheerleaders, Homecoming Queen and a lead in the senior musical “Bye Bye Birdie”. She continued her education at The Ohio State University while working her way through school, and graduated in 1971 with a B.A. in Elementary Education.

Teaching was her life’s passionate vocation, and she completed 37+ years as an elementary classroom teacher or Title 1 reading specialist, first in the Ostrander (Delaware Co.) and Salt Creek (Pickaway Co.) schools, then for 34 years in the West Branch schools after she moved there in the fall of 1974. She taught various grades and subjects in every elementary building at Goshen Center, Damascus, Beloit, Knox and Maple Ridge before finishing at the new Damascus Elementary. Her impact was such that many of her former students as adults would later cordially greet her in public, and she even taught the children of several of her earlier students. Her lasting relationship with these students was her pleasure in later life, many of whom she continued to stay in contact with until her death.

She acted on stage with the Carnation City Players of Alliance from 1974 to 1979, and later taught children’s Sunday School classes at both Bethel United Church of Christ and Westville Community Bible Church. Her strong committent to her community was served on PTA’s, local civic, school and church organizations, and as a promoter of the Sebring-West Branch Community Soccer League in its infancy.

But her greatest joy was in her genuine personal relationships with all those she came in contact with, as she possessed by nature a warm and open affection and an endearing smile. Her spiritual gift was that of encouragement, and she modeled the noble character of the Proverbs 31 woman who spoke “with wisdom, and faithful instruction on her tongue (v. 26)”. For more than thirty-five years she literally wrote thousands of cards, personal letters, well-wishes, thank-you’s, prayers for healing in sickness and surgery, condolences in death to everyone she knew, and sometimes to someone she had just heard of. She communicated in person and by telephone to friends, acquittances, military personnel in country and by letter overseas, and actually counseled people who had personal struggles with books, texts, suggestions and compliments from a Christian perspective. Hundreds of people in this community could testify to receiving a letter from Linda through the years as she “extended a hand to the needy. (v.20)” As the wife of noble character also “considers a field and buys it (v. 16)” she literally owned a beef cattle and general crop farm on Buck Road. She had been an active working farm wife with her husband Ken for forty-four years, and could help with feeding and birthing cattle in the barn and driving a tractor across a field during baling season so cleanly that hardly any hay was ever missed. When not farming, she worked as a part-time secretary on evenings and weekends at her husband’s law office. “Her husband has full confidence in her… She brings him good, not harm, all the days of her life” (v.11-12).

She is survived by her husband Kenneth L. Bandy, whom she met at Ohio State in November 1968 and married on Aug.12, 1972; her beloved son Brad L. Bandy of Junction City, Kansas; her dearly loved mother Betty J. Cartwright of Springfield, Ohio; her brothers Douglas (Amy) Cartwright and Bob (Tamra) Cartwright both of Springfield; a sister Sheryl (David) Zahler of Canton; her mother-in-law Virginia M. Bandy, a brother-in-law Ronald (Linda) Bandy, both of Beloit; and numerous nieces and nephews.

Linda’s funeral service will be held at noon Thursday, Jan. 16, 2020 at Community Bible Church in Westville with Pastor John Tucker officiating. Calling hours will precede the service at the church from 9:30 a.m. to noon. Burial will take place at Highland Memorial Park in Beloit. In lieu of flowers all are encouraged to honor Linda’s memory by donating to Community Bible Church, 18146 U.S. Route 62, Beloit, Ohio 44609. Friends and family may send condolences and sign the guest register online at www.grfuneralhome.com. Arrangements were entrusted to Gednetz-Ruzek-Brown Funeral Home in Sebring, Ohio (330) 938-2526,