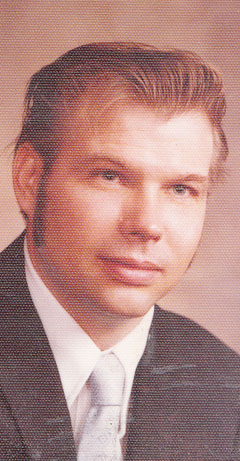 Mr. Holloway was born Jan. 27, 1941 in East Palestine, the son of the late Richard and Elizabeth (Cramer) Holloway, and had lived most of his life in the area.

Gary worked as a union lineman for the City of Columbiana for over 30 years and was a foreman for the last four years, retiring in 2005.

He was a proud member of the U.S. Navy, serving on an aircraft carrier during the Cuban Missile Crisis.

He is survived by his wife of nearly 50 years, Barbara (Kramer) Holloway, whom he married March 20, 1970; daughters and sons-in-law, Debra and Michael Johns of Cleveland Heights and Rebecca and Greg Hood of Leavittsburg, Ohio; sons, Gary Paul Holloway of Streetsboro, Ohio and Scott Holloway of Lisbon; sister, Barbara (Aldo) Garuccio of Ellwood City, Pa.; and five grandchildren.

A private memorial service will be held for the family at a later date.

Arrangements have been entrusted to the care of the Eells-Leggett-Stauffer Funeral Home.