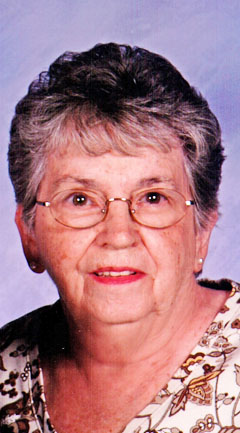 She was born March 20, 1933 in East Palestine, daughter of the late Regis and Pearl Warner McCoy.

She was a graduate of East Palestine High School Class of 1951. She was a longtime member of the First Church of Christ in East Palestine. She was employed for a number of years with various local pottery manufacturers as a Detailer including, WS George Pottery and Darlington China.

She was preceded in death by her husband of 47 years, Kenneth Davis in October 2019.

The family will receive friends from 5 to 7 p.m. today at the Linsley-Royal Funeral Home in East Palestine. A funeral service will be held 10 a.m. Wednesday at the funeral home with Pastor Jim Ostick officiating. Interment will follow at Crest Haven Memorial Gardens in New Waterford.