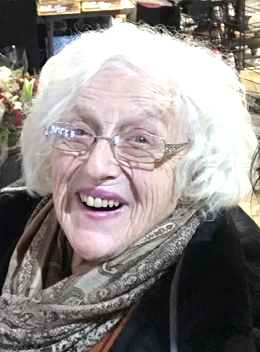 She was born June 7, 1935, in East Palestine, daughter of the late Mick and Pauline Deiderich Young.

She was a 1953 graduate of East Palestine High School and a lifelong member of the First Church of Christ. She worked as secretary of Captain Taggart School for 26 years, retiring in 1997.

Because of the current viral outbreak, the immediate family will hold only a private service this week, with interment at Glenview Cemetery. The family will announce a public celebration of Barbara’s life at a later date.

The family encourages people who wish to pay respects to contribute to East Palestine’s Community Committee for Social Concerns, 375 E. Grant St., East Palestine, OH 44413, of which she was a strong supporter. The family also expresses its gratitude to the staff and residents of Christian House in East Palestine for the care and companionship they provided.

The Linsley-Royal Funeral Home in East Palestine is in charge of arrangements.