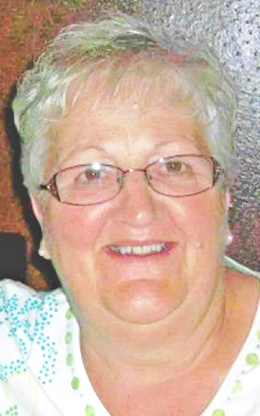 Cynthia May (Pearson) Lohnes, 78, of Homeworth, Ohio, passed away suddenly on March 17, 2020 surrounded by all her children and grandchildren. She was a loving mother, grandmother, and friend to everyone who knew her. She will be sorely missed.

Cynthia was born on January 13, 1942 in Taunton, MA. She graduated from Taunton High School in 1960 and attended Tufts Dental School the following year earning a degree in Dental Assisting. She worked in Lincoln, ME prior to her marriage to Robert S. Lohnes on August 2, 1965 at Taunton Memorial United Methodist Church.

Cyndi spent the next 15 years being a homemaker and mother to her 3 children, all born in Taunton, MA. Her family relocated to Salem, Oh in 1975. In 1979, Cynthia re-entered the working world as a nurse’s aide, later earning her Licensed Practical Nursing Degree from Hanna E. Mullins School of Nursing in Salem, Oh in 1980. It was in this role that she shined. Her caring attitude and compassionate energy were evident in the appreciation that her patients’ showed her in her 40 years of nursing mostly in the field of geriatrics, but also as working as a nurse in the offices of Dr. Tamboli right up to the very end, Cindy also spent 54 years as an Avon lady making lots of enduring friendships and customers. She also enjoyed gardening, sewing, and making puzzles in her free time.

She switched to grandmother mode, or as she preferred, being “Nana”, 25 years ago with the birth of her first grandchild. She gave her love and support to all her grandchildren and many more she considered her grandkids by being an ever-present figure at every athletic contest, play, musical, band performance, or helping with baby-sitting.

She was preceded in death by her parents George V. and Francis E.(Hill) Pearson of Taunton, Mass, and her maternal grandmother Elizabeth Hill of Franklin, Mass, whom she shared a special bond, and a brother in law David Latham of Taunton, Mass.

Cynthia was a past member of the Methodist Church in Taunton, Mass., and Salem and Damascus, Ohio. She is currently a member of Middle Sandy Presbyterian Church in Homeworth, Ohio. A small funeral service and burial will be held Saturday March 21, 2020 at Mount Union Cemetery in Alliance. The family is considering a memorial of remembrance for distant family members and friends during the summer, date to be determined. The family asks that in lieu of flowers that donations be made to the scholarship fund at Hannah E Mullins Scholl of Practical Nursing at 230 N. Lincoln Ave. Salem, Ohio 44460. Online condolences can be made at http://www.deansfuneralhome.com. Services are entrusted to Dean’s Funeral Home Sebring, Ohio.