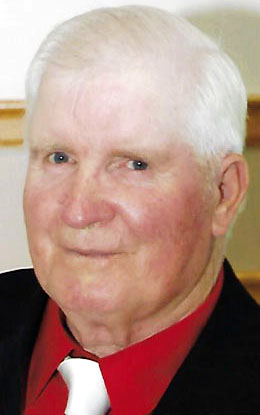 Henry was the owner of Henry Spack Service, Inc. for over 60 years.  He was also the founder of Salem Sewer and Drain, which his son owns today. He was a member of Emmanuel Lutheran Church. He was a lifelong member and an officer of the Alliance of Transylvania Saxons (ATS), Salem Branch 19.  He was also a member of UCT.  He served on the Perry Township Zoning Board. Henry would have graduated from Salem High School, but he left school to work on the family farm. He excavated numerous housing developments and streets in the area.  He played a role in the burial of Salem’s time capsule in 2006, which is outside the public library, and the 2013 Dale Shaffer Legacy Time Capsule. Henry was an intelligent man and self-taught himself how to read blueprints and operate machinery.  He could be found self-educating himself on regulations and laws. His drive, determination and hard work brought him over 60 years of a successful business.  It was often said the day he stopped working, would be the day that he dies.  That day came a short six months later, after his last time on his bulldozer.

The family would like to thank the staff at Salem North Healthcare Center (formerly Essex), Harbor Light Hospice Care and Salem Regional Medical Center’s Cancer and Infusion Center for all their care and support over the last six months.

A funeral service will be held at 11 a.m. Thursday, March 19, 2020 at Stark Memorial with the Rev. Alan Smearsoll officiating.  Calling hours will be held from 5-7 p.m. Wednesday at funeral home. Burial will be held at Grandview Cemetery.

In lieu of flowers, please donate blood so that others may receive the gift of life.  Memorial contributions may be sent to Salem Saxon Scholarship Fund, 1980 New Garden Road, Salem, OH  44460 or Emmanuel Lutheran Church of Salem, 251 South Broadway Avenue, Salem, OH  44460.