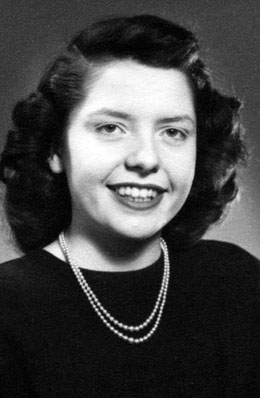 Jean grew up in Columbiana, Ohio and was a graduate of Columbiana High School, class of 1947. She worked for Ohio Bell Telephone for six years as a telephone operator and repair clerk, and later worked at former Daniel. E. Smith Jeweler for 25 years retiring in 1989. She was a member of the First Presbyterian Church of Salem and the November Circle of the church. She enjoyed gardening, reading, crosswords and lunches with her “Friday Girls,” but her greatest joy was spending time with her grandchildren.

Besides her parents, Jean was preceded in death by her husband, William M. Hannay, whom she married on Oct. 23, 1998.

A memorial service will be held at a later date.

To view Jean’s obituary or to send condolences, visit www.starkmemorial.com.