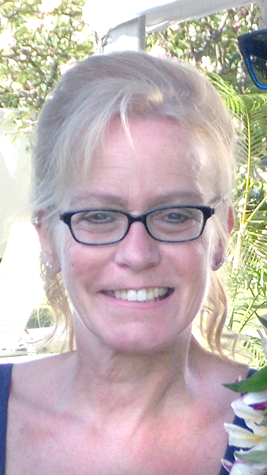 She was born on February 4, 1960 in Hong Kong, British Crown Colony, to Jack and Harriet (Moline) Garling. Her father was a foreign service employee with the U.S. government and as a child she resided in the Philippines and Germany before moving to the United States in 1968.

A 1978 graduate of Carson High School in Carson City, she was in the National Honor Society and was a decorated member of the track team and a state qualifier for the tennis team.

Patti had worked for many years in the mortgage title business in both Nevada and Ohio, and most recently had been employed as a communicator at Infocision in Austintown, Ohio.

She is survived by a son, Chris (Michelle) Houston, and granddaughter, Stella, of Carson City; a sister, Lyn Garling of Rebersberg, Pa.; a brother, Greg Garling of Dayton, Nevada; and her fiance and life partner, Glenn Shonce of Salem.

Patricia was Lutheran by faith and as a registered organ donor her body was remitted to Life Banc of Cleveland with the hope that she may contribute to the advancement of medical care for humanity.

Per her request, there will be no type of services, but if anyone would like to donate in memoriam, donations can be made in Patti’s name to Angel For Animals 4750 West South Range Rd. Canfield, Ohio 44406.