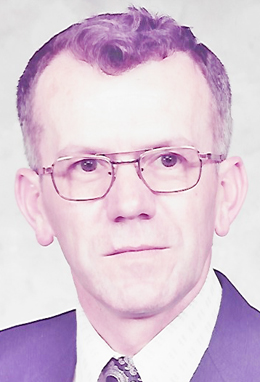 A WWII U.S. Army veteran, Joe served with the storied 95th Infantry Division during the European campaign in the Rhineland and Central Europe theaters. He also served in the U.S. Army of Occupation in Yokohama, Japan. For his service, he was awarded the Purple Heart, two Bronze Stars and a WWII Victory Medal.

Joe retired as a Traffic Supervisor in 1989 from Kaiser Manufacturing after 25 years of service. He previously worked for National Refractories and Mineral Corp. for five years.

He was a member of the Emmanuel Lutheran Church in Salem, Salem Senior Citizens and Salem Area Retirees.

Joe’s survivors include ason, Joseph, Jr. (Lourdes), stepson, Richard Kellner, his beloved terrier Scruffy and many nephews and nieces across the country.

He was preceded in death by wife, Mabel Alta Kellner and brothers, Rudolph Sr., William, John, George, and Frank.

Burial services at Hope Cemetery are being handled by Stark Memorial Funeral Home, including military honors, with a memorial service to be planned at a later date.

In lieu of flowers, donations in memory of Joe may be made to Angels for Animals, 4750 West South Range Road, Canfield, Ohio 44406.