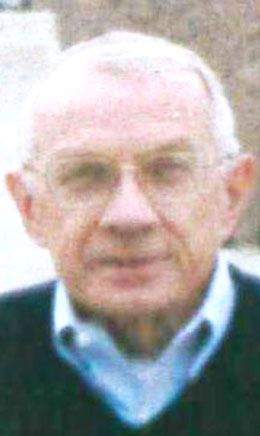 Mr. Sevenich was born on October 6, 1938 in Salem, OH, a son of the late Karl and Josephine Wilson Sevenich and had lived in this area all of his life. He was a graduate of Leetonia High School and received his bachelor’s degree from Youngstown State University.

He had been employed as a mechanical engineer for various companies including Bliss, Butech Bliss, Wheeling Pitt, Crucible Steel and Weirton Steel. He was a member of St. Patrick’s Catholic Church and a 4th Degree member of the Knights of Columbus. He had also served on the Mt. Calvary Cemetery Board for many years and enjoyed working at the cemetery on various projects.

A Funeral Mass for Paul will be held at 11 a.m. Tuesday, May 12, 2020 at St. Patrick Catholic Church with Reverend Robert Edwards officiating. Burial will take place at Mount Calvary Cemetery, Leetonia. Due to the COVID-19 situation, the family understands that several of Paul’s friends are unable to attend the Mass and they ask instead for their prayers.

Memorial contributions may be made to the Mount Calvary Cemetery Association.

Arrangements have been entrusted to the Woods-Rettig Funeral Home, Leetonia. Family and friends may view this obituary and send condolences at www.familycareservices.com.