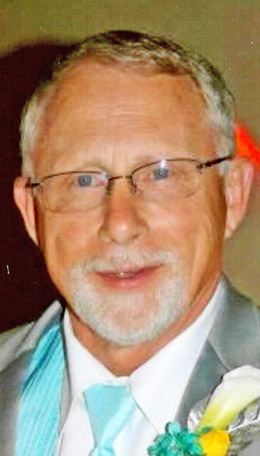 Dewayne Robert “Bob” Vizzuso was born in Alliance, Ohio on December 11, 1947. Bob was 72 years young at his passing on Tuesday, June 23, 2020. He was diagnosed earlier this year with pancreatic, lymph node, bone and liver cancer. He fought hard until the end for his family who he loved so much. Bobby, as most would know him then, graduated from West Branch High School in 1967. After 34 years, he retired as a Tool and Die maker for General Motors in Lordstown, Ohio. He enjoyed golfing and all Cleveland sports teams especially them “Brownies”. He was a member of Pine Lake Christian Church.

He was a great man of God who loved his family. Bob’s wishes were to “Just love one another”. Private services will be held at Gednetz-Ruzek-Brown Funeral Home with Interment at Highland Memorial Park, Beloit. The family requests memorial contributions be made in Dewayne’s name to the American Cancer Society, 525 N. Broad St., Canfield, Ohio 44406. You may view the obituary and sign the guest register online at www.grfuneralhome.com. Arrangements have been entrusted to Gednetz-Ruzek-Brown Funeral Home, Sebring, 330-938-2526.