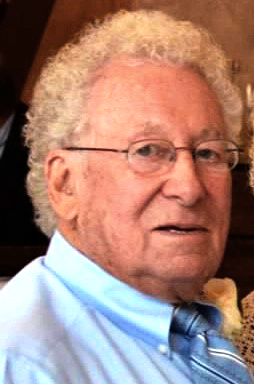 Richard Dwaine Davis, 91, passed away June 18 in Zephyrhills, Florida, where he had resided for the past 36 years. He will be remembered for setting an example for others – in his faith, work ethic, patriotism, willingness to give, and the love he had for his family.

Born Jan. 2, 1929 in New Garden, Ohio, he was the son of Garland and Nova Davis. He graduated from Augusta High School and the Akron Barber College, then served in the U.S. Army from 1950-52, including in the Korean War where he was awarded two Purple Hearts.

Returning to American soil in 1952, he married the love of his life, Pauline Catherine Neel, with whom he enjoyed 67 wonderful years of marriage. In addition to his wife, he is survived by five children – Vicki Carroll of Minerva, Ohio; Tom of Matthews, N.C.; Mike (Mary Lou) of Zephyrhills, Fla.; Jim (Shelly) of Wadsworth, Ohio; Steve (Denise) of Waterford, Pa.; 11 grandchildren, 10 great-grandchildren and many loving nieces and nephews.

In addition to his parents, he was preceded in death by a brother, Paul Davis, and sisters, Twila Kupinski and Thelma Humphreys Gantz.

He dedicated his life to serving, representing and leading others. This included 70 years as a Mason, including as a past master at Sandy Valley Lodge #408; past commander at American Legion Post #684; longtime Little League Baseball coach; deacon, elder and Sunday School superintendent at Hanoverton Christian Church; Red Cross 20+ gallon blood donor and much more.

Retiring after a 32-year career at Columbia Gas, a move to Florida in 1984 resulted in further activities and volunteerism. This included involvement at Betmar Acres, First Congregational Church, Florida Hospital Zephyrhills/Advent Health, and more.

In lieu of flowers, please send donations to the Rucki (Gulfside) Hospice Care Center, 5760 Dean Dairy Road, Zephyrhills, FL 33542. No services will be held at this time. Interment will occur at a later date at the Florida National Cemetery in Bushnell, Fla.