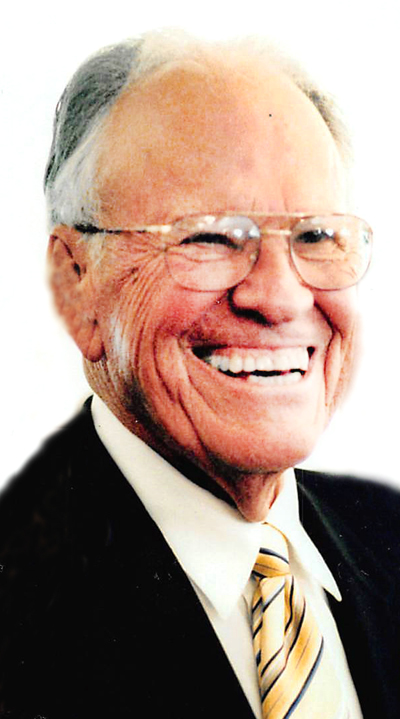 Bob graduated from Alliance High School, where he was a varsity football player. There he met the love of his life, Arlene Stuckey.

After high school, he spent three and a half years in the United States Army Air Force with a year overseas in India during World War II. During that time, he was a Golden Gloves Boxer at 176 pounds and was the champ in his division. He attended Mount Union College, where he played football and was a member of the ATO fraternity.

Bob and Arlene were married for 58 years and had two children, Eric Gempler of Tampa, Fla., who has one son, Kyle Glemper, and Amy, who married Joe Novogratz of Excelsior, Minn.

Bob was employed by Alliance Machine Company for 39 years, retiring in 1989 as President of Purchasing.

He was an active member of Filibusters, Kiwanis, and Toastmaster. Bob was a life member of First Immanuel United Church of Christ where he served as President of Consistory and a Sunday school teacher.

Bob’s passion was golf at the Alliance Country Club, where he had two holes-in-one and was one of the longest-standing members. He was a great harmonica musician, loved music, singing, and dancing, and was talented with a yo-yo!

Bob was blessed to spend the last 12 years of his life at Copeland Oaks with his companion, childhood friend, and classmate, Jini McCready. Their time together was filled with happiness, fun times traveling, and time at the Alliance Country Club.

His family would like to thank all of his caregivers who loved him and would tell you he never complained, never had a bad meal, and also called him “perfect Bob.”

He will be dearly missed but remembered as a wonderful husband, father, and partner who was loved by all. His infectious smile will live in our hearts forever.

A private graveside service will be held at Fairmount Memorial Park.