Quakers let the pitching do the talking 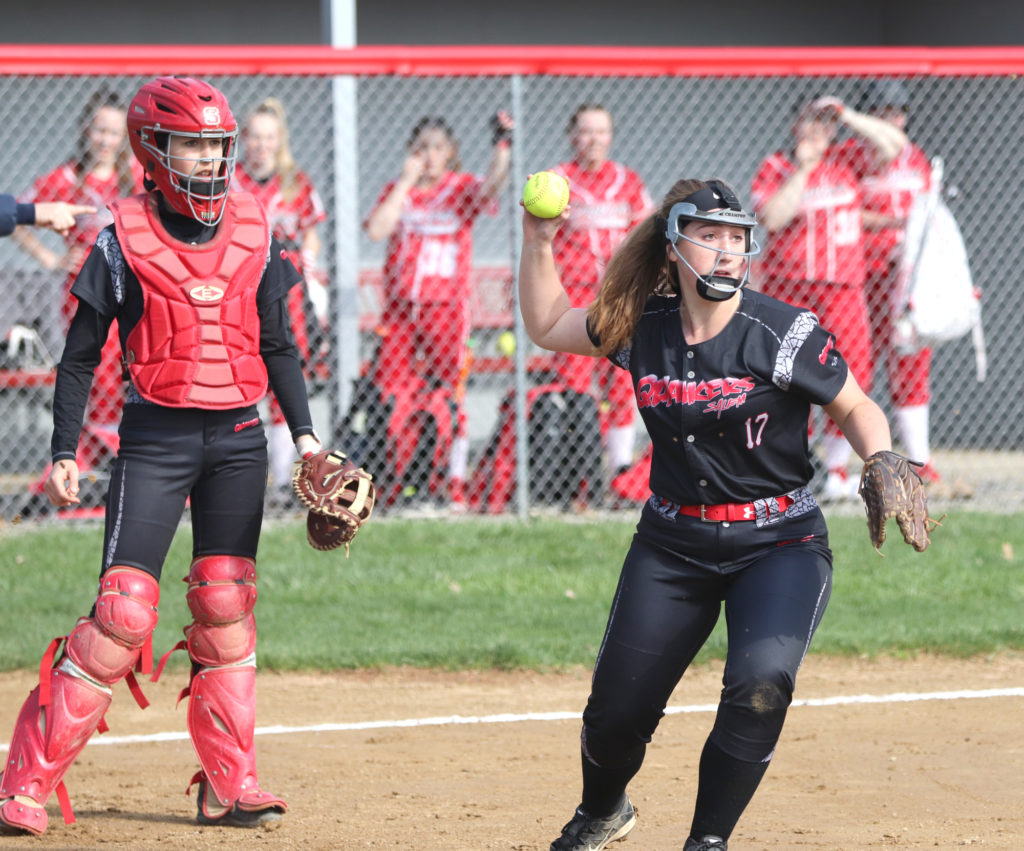 SALEM — A beneficial break for Salem’s Taylor Thorpe helped her throw a gem against Beaver Local on Wednesday.

“My arm has been killing me and having those two days off this week was really beneficial,” she said.

“The lay off helped Taylor hit her spots today and she did a good job out their tonight,” Salem coach Mike Thorpe said. “Taylor has been consistent all season so far.”

Taylor Thorpe credits her ability to be able to have many strikeouts and great control to being able to play softball year round.

“It’s not just like I play for a season and than take time off for another sport,” she said. “Being able to play travel ball lets me practice pitching year round from my form to my pitch count.”

Salem’s bats were kept quiet for most of the game due to a type of pitcher they aren’t use to seeing.

“Our hitting wasn’t the best because it’s kind of hard to get used to the slower pitching,” Taylor Thorpe said. “We are use to seeing faster pitching but for a freshman Beaver’s pitcher did a great job.”

“Her pitching had us off balance and she did a great job to keep them in the game,” Mike Thorpe said.

Salem got a run in the first inning after Beaver Local catcher Leah Pancake threw down to second getting the out but trading it for a 1-0 deficit going into the second inning.

The only other run in the game came in the sixth inning on Hayden Carner’s one-run single, giving the Quakers an insurance run going into the final frame.

“We were swinging at too many pitches outside of the zone and gave Salem the advantage all game,” Cashdollar said. “You can’t do that if you expect to win.”

Salem’s Taylor Thorpe is optimistic the bats will come around despite getting only four hits Wednesday.

“I think we are in a little bit of a slump with our hitting and I think our bats will come around in the upcoming games,” Taylor Thorpe said.

Brooke Veglia and Thorpe had the other two hits for the Quakers. They were singles.

“She’s only a freshman and it was pretty cool for her to have a good night on the mound,” Mike Thorpe said.

• Salem’s Taylor Thorpe has had a total of 42 strikeouts in her last three starts, all complete games.