Autocross provides fans with a show 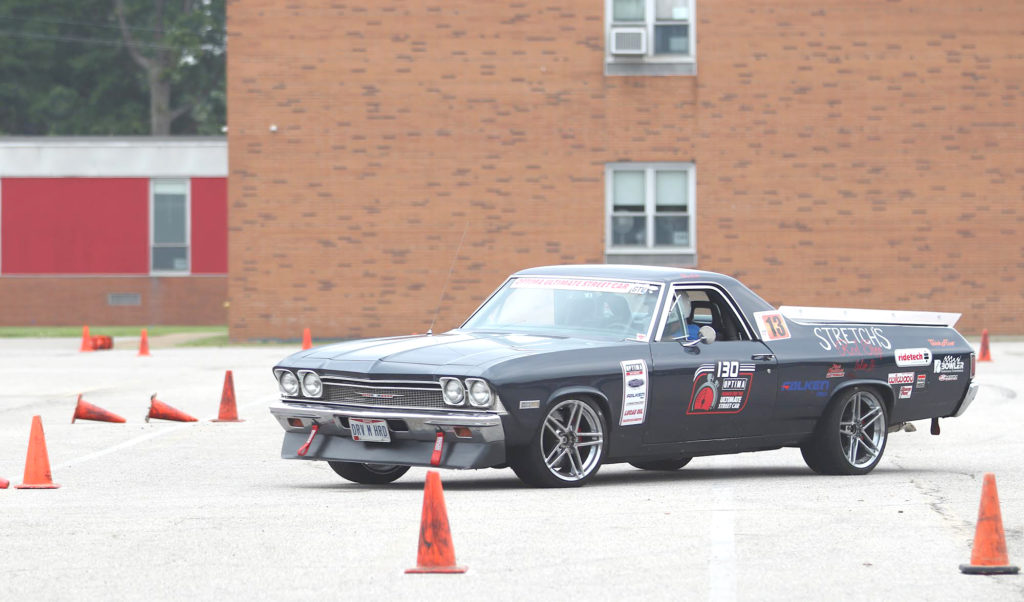 SALEM — The wheels were turning and the rubber was burning as participants took on the autocross course on Saturday set up at Salem High School as part of the Salem Super Cruise festivities.

“This is a lot of fun and we always encourage novices to come out and give it a try,” Carl Roeger of Guilford Lake said. “Most people, after they try it. they get hooked.”

All were welcome as this was the fifth running of the event in partnership with the Cruise.

Roeger was riding through the course with a 1968 Chevy El Camino all decked out in details and sponsors.

Twenty five racers were on hand for the event.

Experience levels came from novice to experienced such as Lloyd Willis who is a Sports Car Club of America (SCCA) regional champion. Roeger estimated that there about five novices running in the event on Saturday.

Willis and his wife Cindy were driving in a 2012 Mini Cooper.

The course, set up in the high school parking lot, was a short course but it set a challenge for the drivers.

“This is a fast track,” Bob Bertelsen of Columbiana said. “This tracks kind of wide open for some more wide turns. It provides its challenges.”

Another driver on the course was Bob Bertelsen of Columbiana who was driving one of his five cars that he built. Today’s choice was his green 1968 Chevy Corvette.

“I started doing this about nine years ago,” Bertelsen said. “I had been going to car shows for years before and I sort of got bored just sitting there.”

The first car he used for auto cross wasn’t good enough for it so he went on to build five cars.

“I finished it about two weeks after last year’s Super Cruise,” Bertelsen said. “I was excited to have it out here this year.”

This year’s event proceeds went to a good cause.

“All the proceeds this year are going to the Banquet of Salem,” Roeger said. “We got a bunch of coverage for the event this year.”