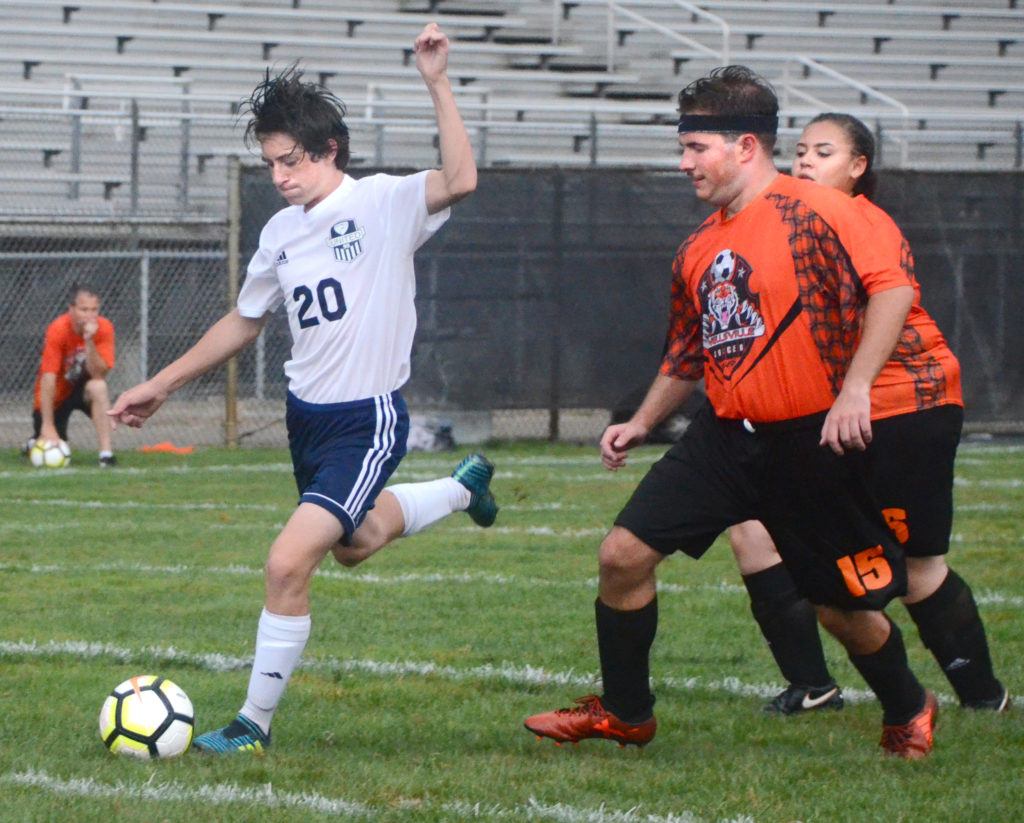 United’s Dominic DiGiacomo (20) fires towards the goal as Wellsville’s Tyler Knight (15) and Simone Bradley (16) close in on him during Wednesday’s match. (Salem News/Patti Schaeffer)

WELLSVILLE — United’s boys soccer team was all over Wellsville in a 12-0 win on Wednesday at Nicholson Stadium.

United 2-1-1 and 2-0 in the Eastern Ohio Athletic Conference.

Collin Schick, Gabe Heinrich and Hunter Oliver each had two goals and an assist for the Clippers, 2-0. Drake Daugherty also had a goal. Michael Ginnochi, Noah Horne and Keaton Surgenavic each had an assist. Chris Costanzo had 10 saves.