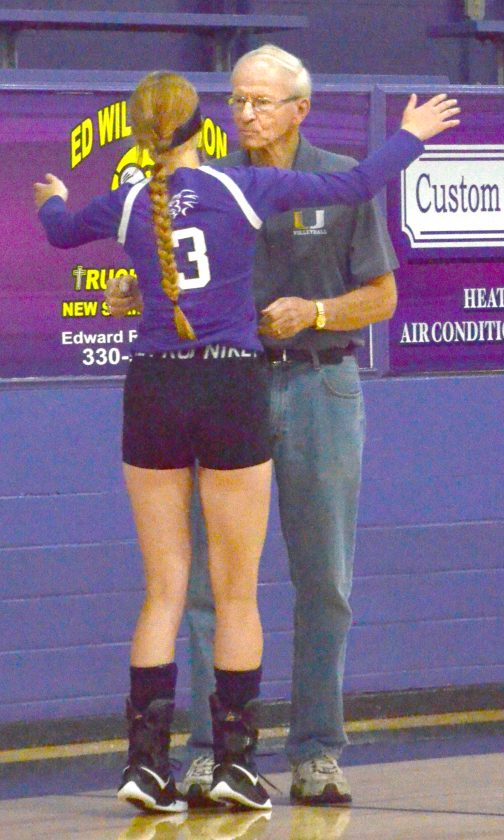 Heartland Christian’s Dara Arthurs goes in for a hug of her grandfather Don Conser before the Lions’ match with United on Saturday. Conser is United’s head coach. (Photo by Patti Schaeffer)