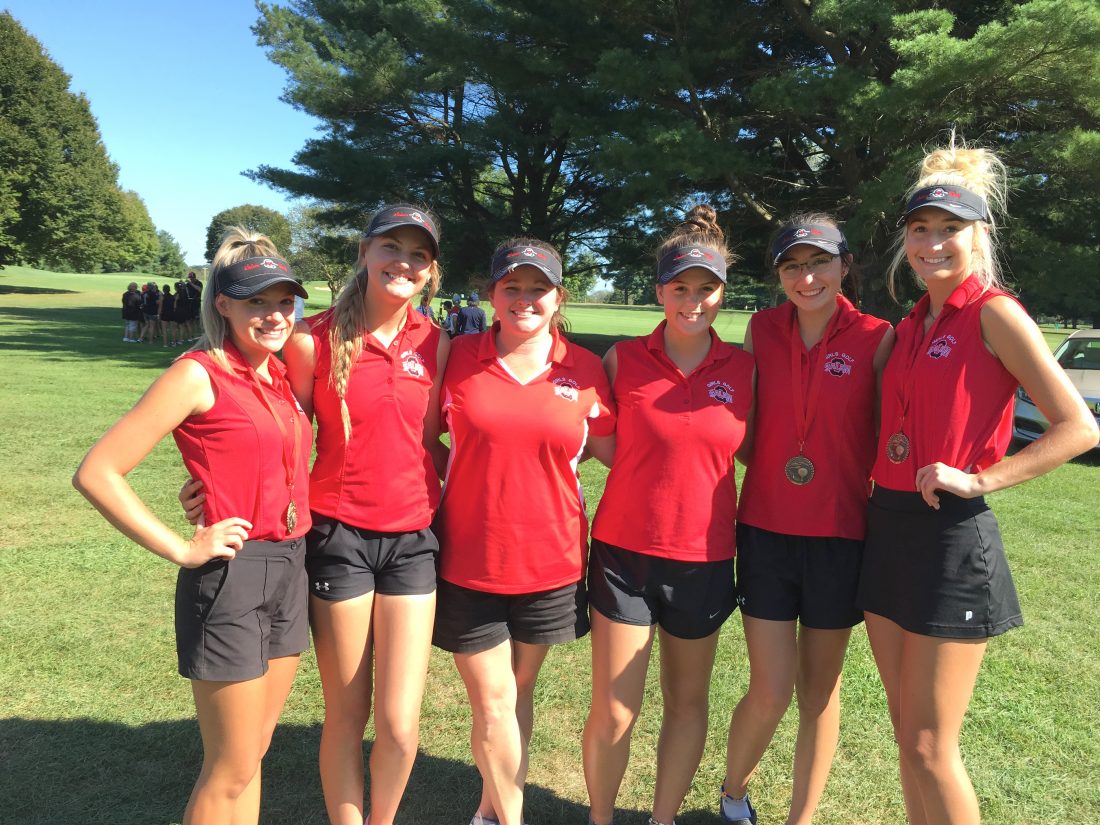 The Quakers turned in a total of 430.

Louisville won the tournament with a team-total of 327.

For the Quakers, Kelly Hutton had a 92, Lexi Miller 105, Sloan Rudibaugh 109 and Emma Brown 124. Hutton was a first-team all-Eastern Buckeye Conference selection while Rudibaugh and Miller were second-teamers.

Minerva’s Jordan Van Meter was the overall medalist with a 71.

For the Clippers, Tyler Andersen had a 39, Trevor Dearing 42, Riley McElwain 43 and Sean Whitehead 44.

Cardinal Mooney’s Tim Reardon had a 42.

Columbiana is 13-2 and will be in action Tuesday at Div. III sectionals in Salem.

CALCUTTA — Crestview came away with a 161-174 victory over Lisbon on Thursday at Beaver Meadows.

Crestview is at Oak Glen Tuesday.

Sloan Rudibaugh led the Quakers with a 46, while Kelly Hutton had a 49. Lexi Miller added a 55. Paige Bailey and Emma Brown each shot 60.