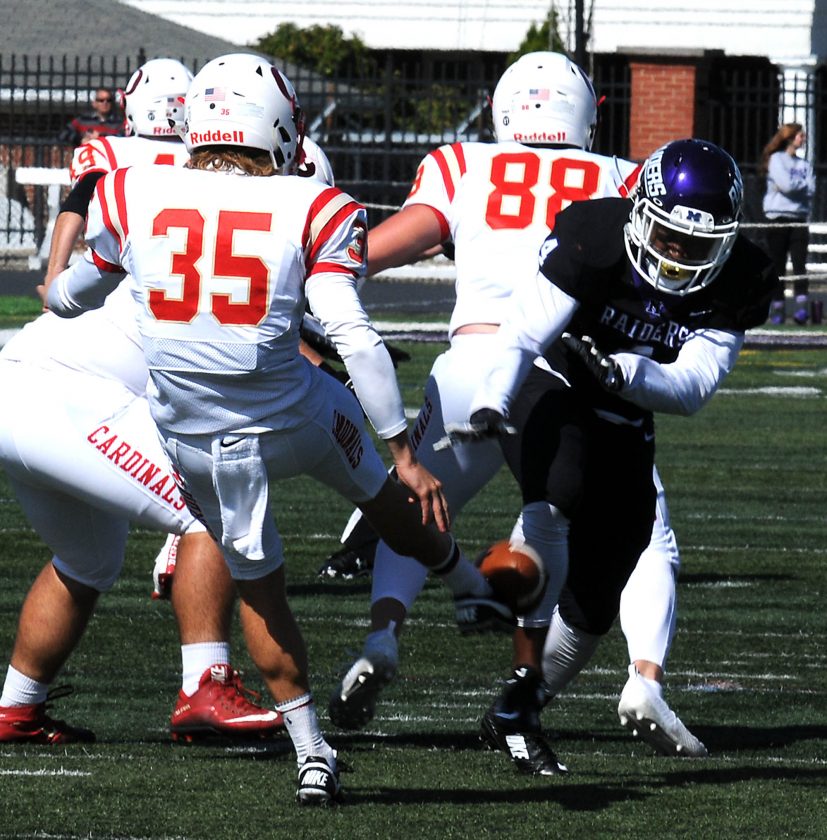 Senior D’Angelo Fulford threw four touchdown passes and freshman Braxton Plunk added another — all in the opening 19 minutes — as the Purple Raiders beat Otterbein for the 42nd straight game, 58-0, at Mount Union Stadium.

Two of Fulford’s touchdown passes went to senior receiver Justin Hill, who had 183 receiving yards before halftime. Hill had a career-long 82-yard reception in the first quarter and his two touchdowns moved him past former Purple Raider and NFL player Pierre Garcon for third most in school history.

Fulford and Hill closed out the 28-point first quarter with a 6-yard touchdown.

The Purple Raiders improve to 4-0 overall and 3-0 in the Ohio Athletic Conference. The Cardinals drop to 0-5 and 0-4 OAC.

The Purple Raiders picked up where they left off in the second quarter with three more touchdowns to lead 49-0 at halftime.

Freshman Braxton Plunk entered the game at quarterback on the last series of the first quarter and first series of the second quarter. He found senior wide receiver Derrick Harvey in the back of the end zone with 13:48 left in the half.

Fulford returned on the next series and threw a 12-yard touchdown pass to Evan Weygandt for a 42-0 lead. Petruccelli closed out the first half scoring with a 2-yard run with 4:12 left before halftime.

Mount Union’s defense surrendered just 76 yards on 32 plays in the first half. Junior Jalen Griffin had an interception for the Purple Raiders, which allowed only four first downs before halftime.

The Purple Raiders added three field goals in the second half — two from Cory Barnett from 24 and 28 yards and a 21-yarder from Max Righetti, a Salem High School graduate.

Mount Union will play at Wilmington on Saturday.