At roughly 9 p.m. last Friday, it appeared as though a Division VI, region 21 final between Springfield and Mogadore was highly unlikely.

At that time, Springfield trailed Glouster Trimble 19-14 with under five minutes to play and the Tigers faced a fourth-and-9 at their own 41-yard line. Meanwhile, Mogadore was trailing Fort Frye 14-6 and was facing a fourth-and-3 with under two minutes left in that contest.

As a result, the Tigers and Wildcats will meet today at South Range High School for the right to advance to a state semifinal.

Springfield (12-0) entered the playoffs ranked first in Region 21. It had more computer points than any other Division VI school, statewide. Mogadore (11-1) finished second in the region, and had the second-most points of any Division VI school in the state.

“When you get to this stage, two things are certain — you’re going to face adversity and you are going to face some really strong competition,” said Springfield coach Sean Guerriero. “We’ve already faced two very strong opponents in the playoffs. In Mogadore, we’re going to go up against by far our best opponent yet in all three phases of the game. Mogadore has the entire package.”

The Wildcats are 32-5 all-time against schools from the Mahoning Valley, including 18-2 in the postseason.

“This is a very typical Mogadore team in that they are fundamentally sound, extremely well-coached and they just aren’t going to make mistakes to beat themselves,” Guerriero said. “Their front seven isn’t like anything we’ve seen. They have a fantastic group of linebackers. They have a phenomenal group of receivers, the quarterback is really accurate and the kicker is the best we’ve seen this year.”

Knight also excels on defense. Earlier this week he was named the Division VI Northeast Inland Defensive Player of the Year.

“Mogadore flies off the ball on both offense and defense,” Guerriero said. “That’s one of the things that really jumps out on film. Offensively, you’ll see a lot out of them. They can pound it right at you and they can spread it out.”

Mogadore opened its season with back-to-back close wins against Norwayne and Shadyside. A lopsided victory over Field followed, then the Wildcats suffered their only loss of the season against Lima Central Catholic, 27-21.

The Wildcats had a relatively easy time with the rest of their schedule until last week’s scare against previously-unbeaten Fort Frye.

Springfield has been on a season-long roll. After winning five straight to end the 2018 campaign, the Tigers reeled off 12 straight wins this year. The 12 wins ties the school record for most victories in a season.

“We were in close games early in the season against South Range and Brookfield,” Guerriero said. “We were tied with Western Reserve at halftime in week nine. We’ve had some battles during the regular season and that may have helped. Our guys showed a lot of poise last Friday when we trailed late in the game.”

Like Springfield, Mogadore has also had its tests. In fact, the Wildcats have trailed in each of their last three games. On a neutral field in the second week of the season, Mogadore fell behind Shadyside 21-7 then rallied to a 28-21 victory.

Mogadore entered the season having to replace nine starters from last year’s team that finished 11-2.

“We’re a lot like Springfield in that we have a mix of experience and youth,” Adorni said. “Springfield is led by a fantastic sophomore quarterback (Beau Brungard) who certainly doesn’t play like a sophomore. Our spark plug (Knight) is just a sophomore. But those kids are surrounded by some veteran leadership.

“Watching Springfield on tape, they are exactly who we thought they were. It’s hard to find any weaknesses. They are 12-0 for a reason.”

Adorni was quick to downplay Mogadore’s past success against schools from the Mahoning Valley.

“You go back through the history, and we’ve had some really great battles against most of those opponents,” Adorni said. “And right now, none of that matters. Springfield is going to give us the biggest challenge we’ve faced all year. We have no doubt about that.”

Despite the similarity in scores, Brookfield coach Randy Clark believes Friday’s game might turn into a one-sided affair.

“I think Springfield has the edge, and I don’t think it’s even close,” Clark said. “They were by far the best team we faced this year, and they have gotten a whole lot better since we faced them. They have no weaknesses.”

“Mogadore is a very disciplined team. Very sound and well-coached. But the same can all be said about Springfield and I just think Springfield has much more overall talent.”

Friday’s winner will play in a state semifinal on Nov. 29 against Howard East Knox (12-0) or Carey (7-5) at a location to be determined on Sunday. 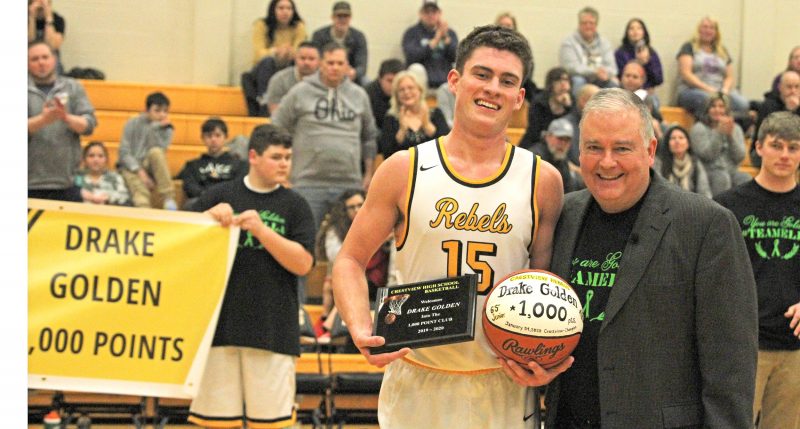