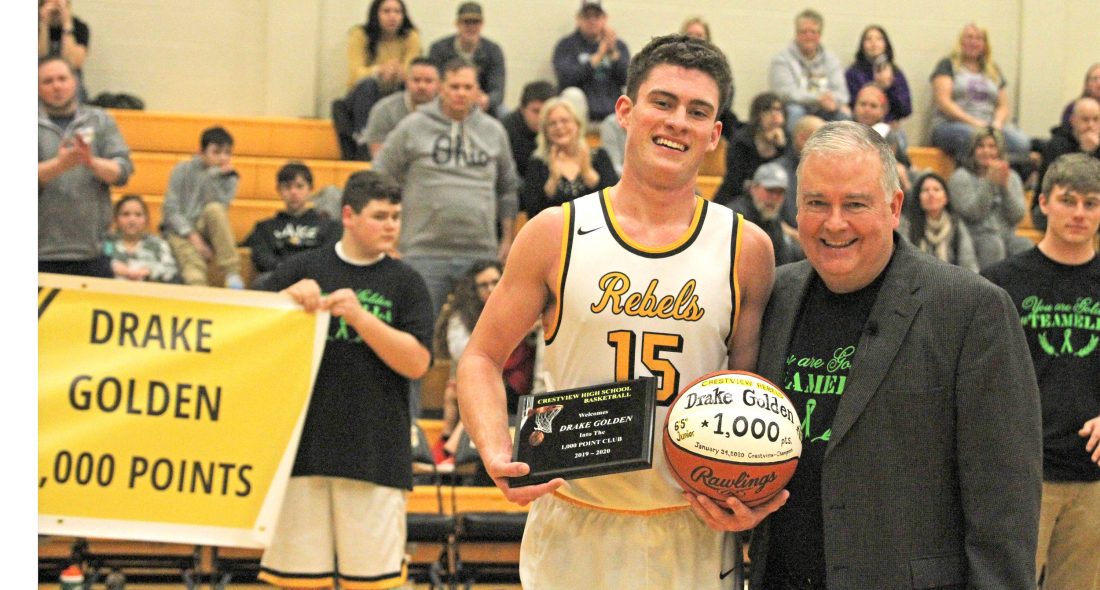 Crestview’s Drake Golden poses with coach Rick Gates after the junior tallied his 1,000th career point on Friday in a game against Warren Champion at Crestview High School. (Photo by Gary Leininger)

COLUMBIANA — Crestview celebrated before Friday’s game was over.

He reached the mark after making a basket and the ensuing free throw in the middle of the third quarter.

“Drake has been our solid inside presence,” Crestview coach Rick Gates said. “This year he has moved alittle bit inside, outside. He gives us that solid rebounding toughness inside. Tonight he drove a couple of times and hit a couple of short jump shots. He’s been solid for this program for three years.”

Golden, who is leading the Rebels in scoring for a third straight season, finished with 14 points to push his career total to 1,002.

“That was nice to see him get that tonight,” Gates said. “I’ve enjoyed coaching him because of the hard-work attitude he has. In the off-season, he worked in the weight room more than anyone we’ve had. He’s a good kid who works hard.”

Golden is the first Rebel to score 1,000 points in 25 years. He joins Jim Kress, brothers Steve Neiheisel and Toby Neiheisel, and Brad Gecina in the select group.

Crestview falls to 4-11 and 2-6 in the All-American Conference.

The Rebels will play at Brookfield on Tuesday.

LISBON — Lisbon outscored Western Reserve 13-4 in the second quarter and got a big lift from senior Gaige Rohm ... 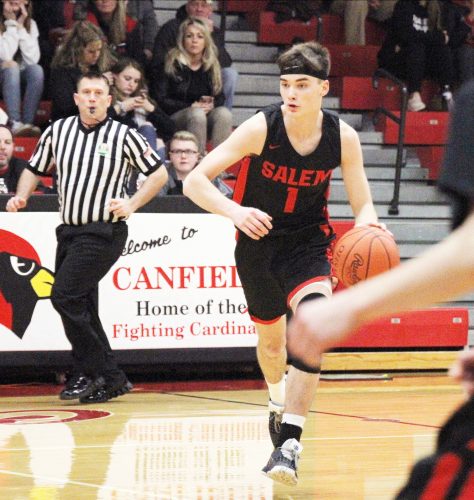