Quakers get in the win column 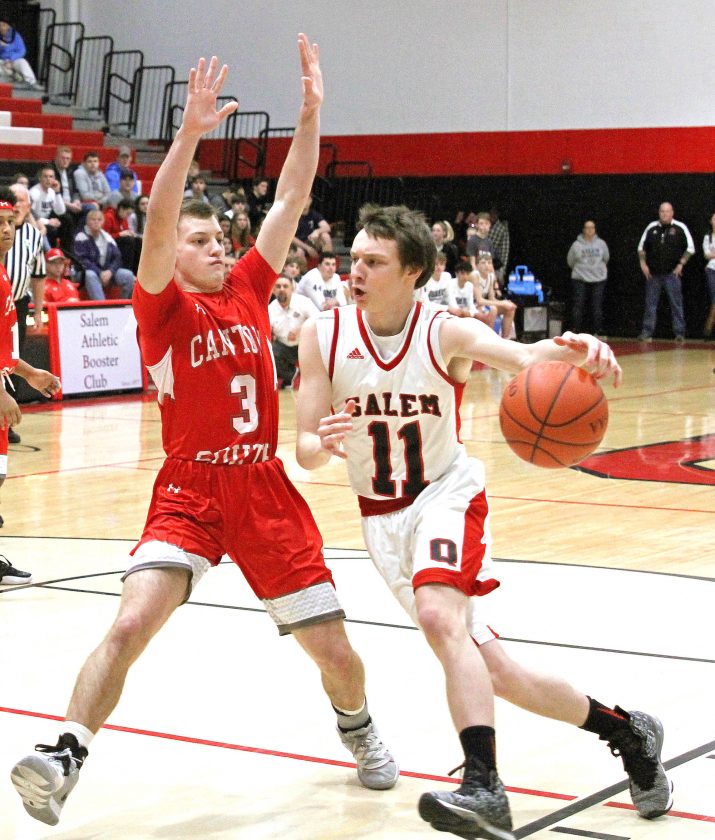 SALEM — The young but ever-improving Salem Quakers played their best game of the season and were rewarded with their first win, a pulsating 57-54 Eastern Buckeye Conference boys’ basketball triumph over the Canton South Wildcats in a rocking John A. Cabas Gymnasium Friday night.

“The kids played so hard and were hungry,” beamed Salem coach Jeff Andres. “I’m happy for them, and the best thing is we came in the locker room afterward and they’re happy for each other. They’re excited and we’ll see where this goes.”

“They (the Quakers) took it to us, they set the tone tonight,” said Canton South coach Luke Conley. “We talked before the game that we wanted to hit them first and that’s what they did to us. That’s a team that was hungry for a win, we talked about it, we did not want to give them hope, and that’s what we did, and you can see what it does to a team like that.”

The Quakers combined a balanced offensive attack with a swarming defensive performance, especially inside against the Wildcats, to win for the first time in nine outings. 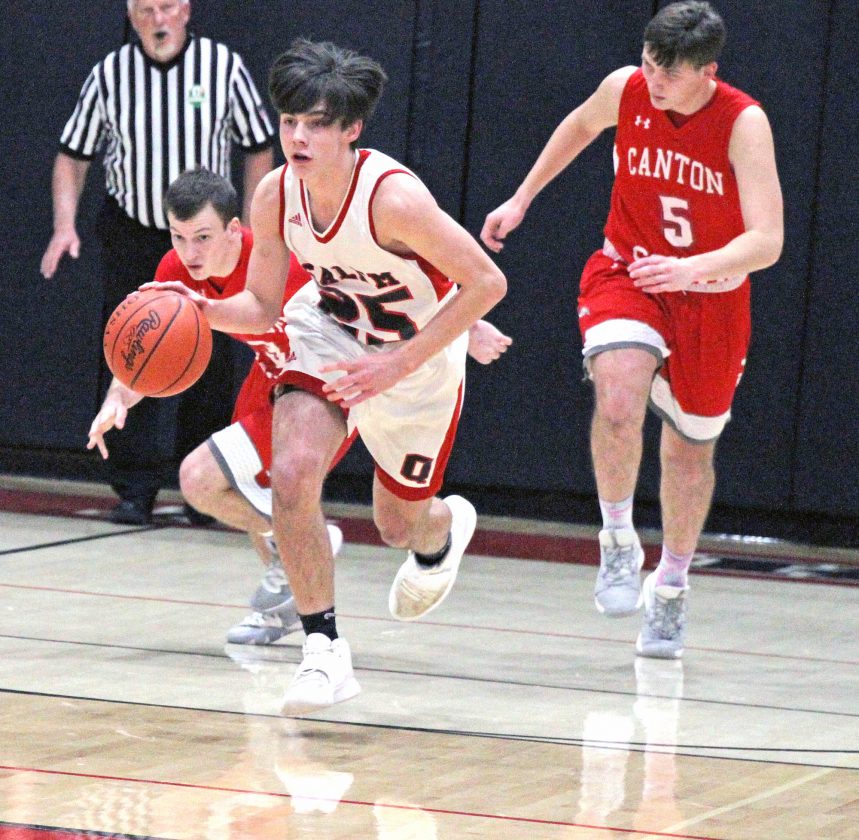 And did it ever feel good for the Quakers.

“It feels so good, first win of the season,” smiled Salem’s 6-3 junior Hunter Griffith, who had a team-high 15 points along with 10 rebounds and was a steadying influence for the young Quakers throughout the game. “I try to be a leader and now we should be rolling.

Griffith burned South several times, slashing to the basket and finding openings in the paint for baskets.

“Hunter’s our leader,” said Andres. “He does so much for us, he had another double-double while also guarding their best kid (South guard Justin Ickes) and played all 32 minutes and you can’t say enough about him.”

Salem’s outstanding offensive efforts didn’t end with Griffith, though, as several Quakers had great games, including 6-1 sophomore Jon Null who had his best game of the season and added an all-important 13 points, including a three-pointer. Kaleb Caldwell also hit double figures with 10 points, while sophomore Sam Walter had seven key points and 6-4 sophomore Drew Weir added six big points on pair of three-pointers. 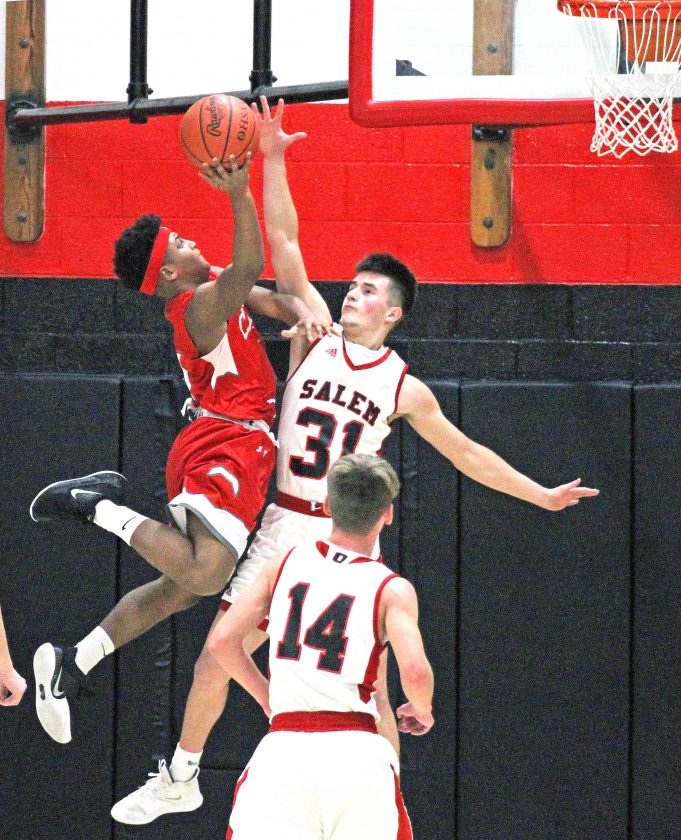 Andres has experimented with different starting lineups and rotated 10 players during Friday’s game and may have found exactly what he’s been looking for, as the Quakers were aggressive at both ends of the court, burning the Wildcats inside on offense and extending their defense to stymie South’s outside shooting prowess in the second half.

“We’ve been trying to sort through things (different lineups) and I think we may have found something tonight,” said Andres.

But it was a drama-filled game at the end. With Salem leading 57-54 with 14.3 seconds left, South worked the ball around and finding no openings from the perimeter because of Salem’s tight defense, the Wildcats launched a trio of off-balanced three-point attempts in the closing seconds that missed the mark and the Salem celebration was on.

Trailing the Wildcats 46-41 entering the final quarter, Salem outscored South 16-8 in the final frame, led by Null who scored six of his 11 points in the final 2:17 of the game, including giving the Quakers their biggest lead at six points (57-51) after converting two free throws with 52 seconds left. 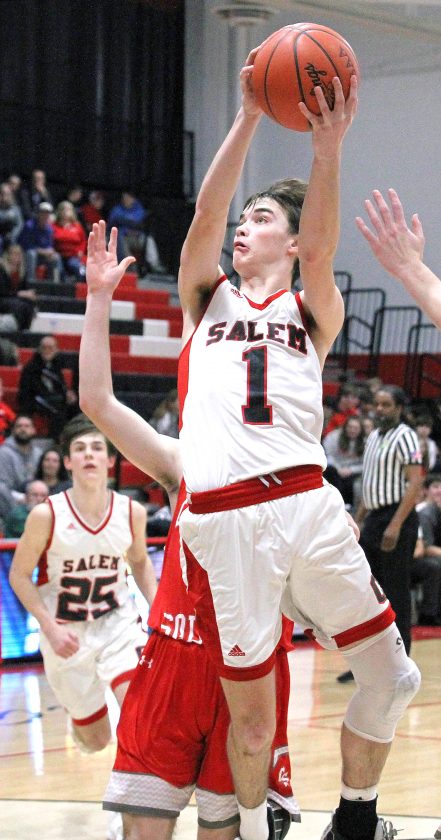 “We let them (the Quakers) push us around,” said Conley. “We pride ourself defensively and tonight, for whatever reason, we couldn’t stay in front of them.”

Canton South was led by guard Justin Ickes with 18 points, including six three-pointers, four of them in the first half, but in the second half, Salem’s defense blanketed him and held him to just six points, which was a key. He was the lone Wildcat to reach double figures.

“In the first half we let him (Ickes) get loose a little bit and we made the adjustments and obviously he didn’t get the looks like he did in the first half, that’s for sure, he had to work for them,” said Andres.

The Quakers also blanketed South any time it got the ball in the paint. 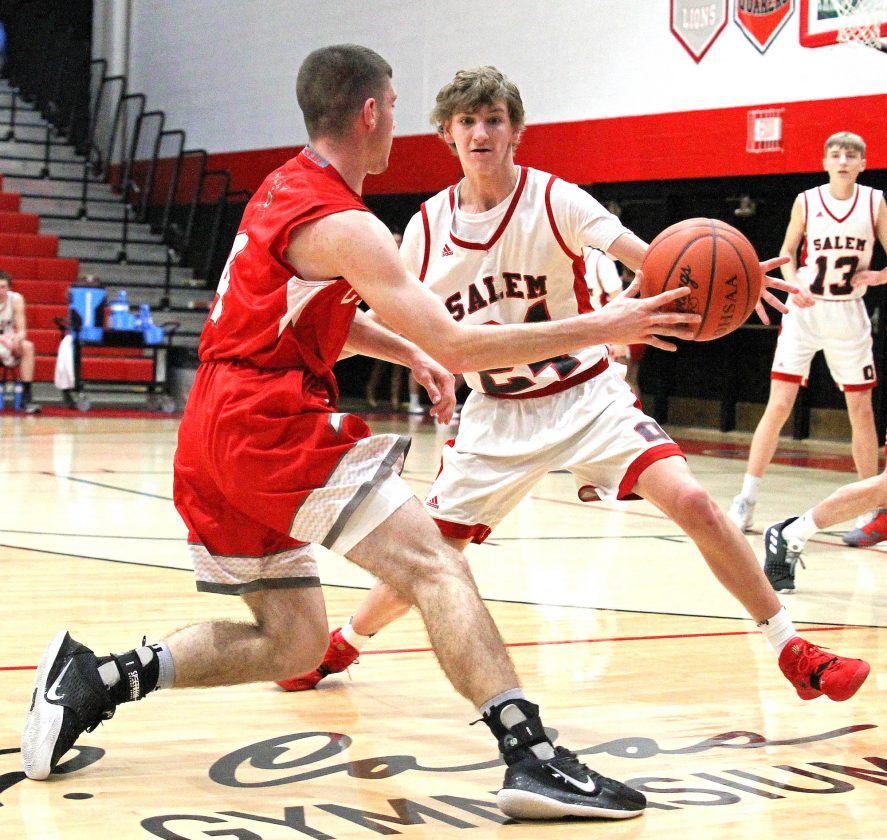 “The (defensive inside) help was good, our guys fought around (South’s Luke) Hattery in the post with fronting him, that’s what we’ve been preaching and working on in practice and they executed,” said Andres.

“We weren’t able to put them away,” said Conley. 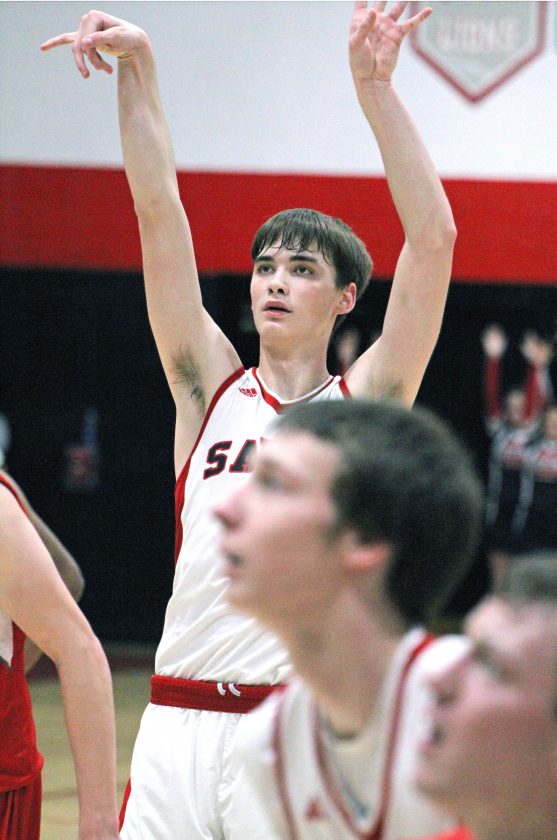 • Before the varsity game, Salem dedicated a special reserved seat in the front row of Cabas Gymnasium for the late Bud Janofa, who was a tremendous fan of Salem athletics. His family was on hand for the presentation.

• Salem will be back in action Saturday night when the Quakers travel to South Range.

“Momentum is real, no doubt about, now it’s bring on South Range Saturday night and we’ll go from there,” said Andres.

“They (the Raiders) are a tough team, but we’re going to try and bring it,” saidGriffith. 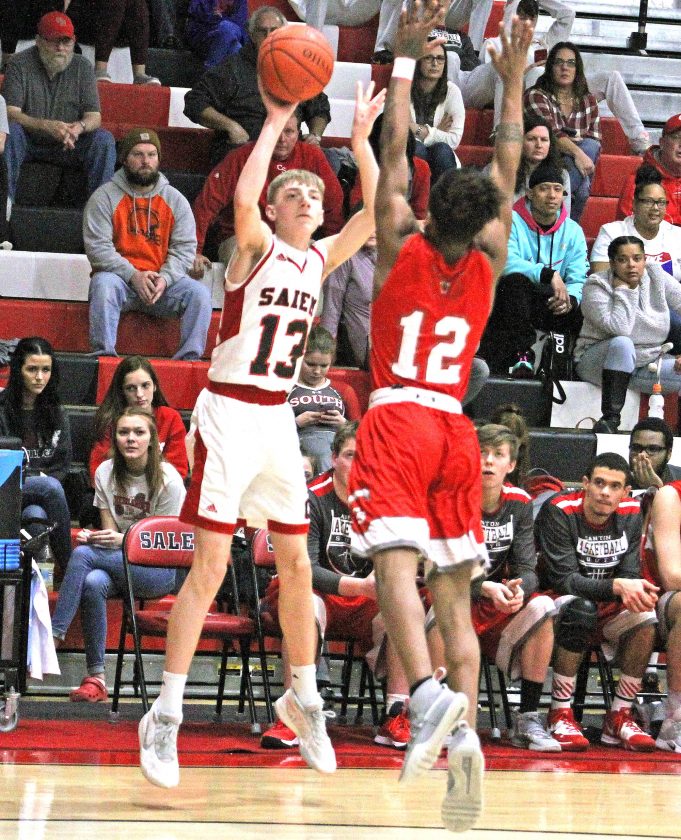 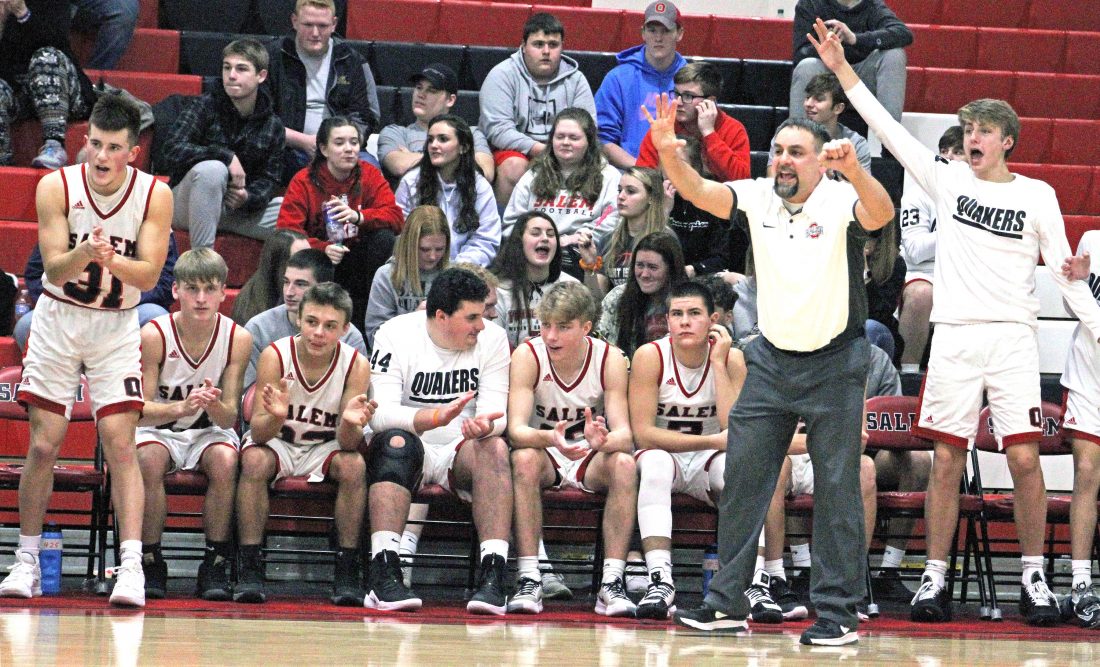 HANOVERTON — Ever since his playing days as a point guard at United Local High School, Jason Thompson always ...

Census is still waiting; do your part, fill it out