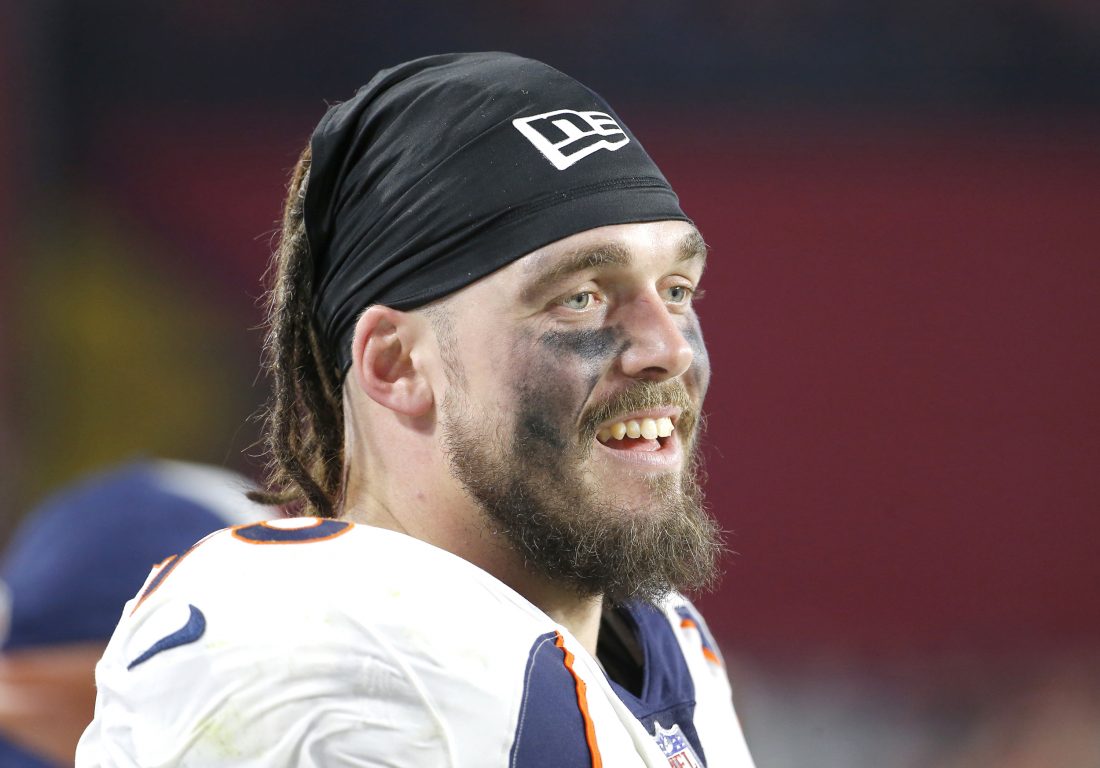 The defensive end signed a one-year deal with the AFC North’s Baltimore Ravens on Saturday, ending his eight-year run with the Denver Broncos. The deal reportedly is worth up to $6 million with $3 million guaranteed and $3 million in incentives.

Wolfe, the only Columbiana County high school graduate to win a Super Bowl as a player, had a career-high seven sacks in 12 games last season before going on injured reserve with a dislocated elbow.

“It’s a chance to compete for a Super Bowl. They have a great defense,” Wolfe told Denver Channel 7 on Saturday. “I spent eight years here. Denver is always going to be home. This is where I am going to raise my family. My wife loved living here. I will always be a part of the Broncos one way or the other. I have no hard feelings. I get it. It’s a business. The Broncos have to do what’s best for the Broncos.”

The 6-foot-5, 285-pound Wolfe fills the void left by the unexpected departure last week of free agent Michael Brockers, who initially agreed to a three-year deal with Baltimore. The sides couldn’t finalize the contract, however, and Brockers ended up going back to the Los Angeles Rams.

“It is a make-good deal, but I feel like I have plenty of good football left. I am coming off one of my best seasons,” told Denver Channel 7. “I was on pace for 10-plus sacks. That’s my goal to get that every year. It’s going to be weird (not seeing Von Miller and other teammates). And it will be weird being in a different locker room. But, I am super stoked.”

When healthy, Wolfe has been an effective run-stopper. He has 299 career tackles and 33 sacks but has played all 16 games in only three of his eight seasons. Wolfe has started 108 games for the Broncos.

Wolfe, 30, came to the Broncos as the No. 36 pick in the 2012 draft after a brilliant career at the University of Cincinnati. As a Bearcat, Wolfe accumulated 162 total tackles, 37 tackles for loss and 19.5 sacks. He was named co-Big East defensive player of the year as a senior.

After a solid rookie season, Wolfe had an injury-plagued 2013. He was forced to miss the Broncos loss to the Seahawks in Super Bowl XLVIIII after suffering a seizure.

Wolfe began 2015 sitting out the first four games due to a PED suspension, but has enjoyed a breakout campaign with 49 tackles, including 35 solos and 5 1/2 sacks. He was rewarded in January 2016 with a four-year contact extension worth $36.7 million. In February 2016 he helped the Broncos to a 24-10 win over the Carolina Panthers in Super Bowl 50.

On the philanthropy front, Wolfe, along with businessman Jamin Pastore, donated $1 million to Beaver Local schools in January for the purpose of an artificial turf football field and construction of a multi-use athletic training facility.