Krulik has one more year to prove himself 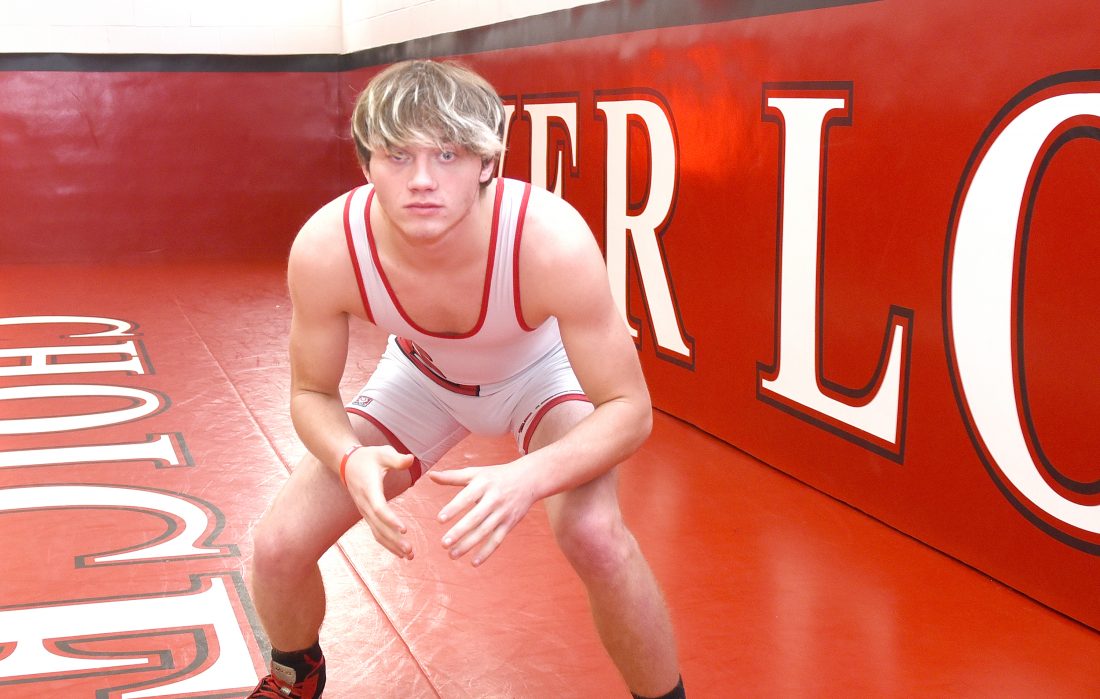 Beaver Local junior wrestler Logan Krulik has qualified for the state tournament the last two years, but has yet to wrestle there. (Salem News/Patti Schaeffer)

CALCUTTA — Beaver Local junior wrestler Logan Krulik might be the best Beaver Local grappler never to set foot on a mat at the state wrestling tournament.

And that’s holding his future plans hostage at the moment.

As a sophomore Krulik qualified for the state tournament with a 41-9 record at 152 pounds. The InterMat Ohio rankings had him listed fifth in the state in Div. II heading into the tournament.

During his medical inspection, he was found to have impetigo, a superficial bacterial infection most commonly found on the face, neck and upper extremities. It is a common skin infection found in wrestling.

Krulik and the Beaver Local staff tried to convince officials that he could wear a face mask in an attempt to cover the infection, but it was found to be too open.

“They weren’t listening to anything we had to say,” Krulik said.

And just like that Krulik’s sophomore season was over.

“The whole year I worked my butt off to get to the state tournament and I couldn’t wrestle in it,” Krulik said.

As a junior Krulik buckled down and turned in a similar campaign as his sophomore season with a 39-6 record. He also went over the 100-win mark for his career and was the Division II 160-pound district champion at Claymont High School.

The two major ratings services in Ohio had him ranked fourth in Division II at 160 pounds heading into the state tournament.

Then on March 12, in the midst of the start of strict measures to control the coronavirus pandemic in Ohio, the state wrestling tournament was postponed indefinitely.

“I think I was making it to the finals and finishing either first or second,” Krulik said.

Krulik held out hope that the state tournament would resume and even trained for it.

“I was hoping they would hold the tournament and make it where no one comes but just the wrestlers,” Krulik said. “I had a wrestling mat in my dad’s basement and I was shooting down there. I had a little bag and I used to punch it. I was breaking a sweat and wasn’t eating a whole bunch yet.”

A few weeks later, as expected, all winter sports tournaments were canceled by the Ohio High School Athletic Association.

Currently Krulik said he has partial scholarship offers from NCAA Div. II Lake Erie College and NCAA Div. III Wilmington College currently but thinks there could be more had he been able to wrestle in at least one state tournament.

His father Jess, a teacher at Southern Local, agrees.

“I’m trying to help him with his recruiting process and it’s two years now where he hasn’t been able to set foot on the mat at state,” Jess Krulik said. “When we go to colleges we have to tell them we probably would have placed, instead of where we placed. One of the bad things about wrestling is that it’s real dependent on that state tournament.”

Despite most high school junior wrestlers typically already having their future plans set by this time, it’s is all about next year now and college coaches have made that clear to Krulik.

“They tell me I have another year and to work for it,” Logan Krulik said. “They want to see what I make out of next year. All I can do is keep wrestling and see what kind of offers I get next year.”

“The coaches made it real clear to us,” Jess Krulik said. “They were honest. They want to see production.”

Typically Krulik would take part in some Greco-style tournaments in the spring but those are all on hold now as well. He said he’ll retool his focus to football in the summer and then pick back up wrestling after that.

His father hopes recruiting has been pushed back nationwide and that there will be better opportunities to make an impact next year.

They are both aware though that there’s a lot of uncertainty on the horizon and things might not go smoothly.

“Me and Logan both talked about how (the coronavirus situation) could hurt funding,” Jess Krulik said. “The money might not be there. We don’t know.”