COLUMBIANA — The Leetonia Ruritan Club has announced it will host perhaps the county’s first fund-raising golf scramble of the year: Saturday, June 13, at the Valley Golf Club.

The four-person, 9-hole event will benefit the Ruritans’ scholarship fund. The cost is $31.25 per person or $125 per team which includes green fees, lunch, beverages and two riding carts per team.

LOS ANGELES (AP) — Aaron Donald is not thrilled about the prospect of playing football without fans.

The Los Angeles Rams’ superstar defensive lineman doesn’t like the idea of playing an NFL season in front of empty seats, saying it “wouldn’t be fun to me.”

“I feel like you need fans to play the game,” Donald added Thursday on a video conference call from his offseason home in Pittsburgh. “I don’t see how you could play a game without the fans. I feel like that takes out the excitement and the fun out of the game.”

Hoosiers back to school

BLOOMINGTON, Ind. (AP) – Indiana University hopes to have some student-athletes back by mid-June.

President Michael McRobbie posted a 22-page plan on his web site to reopen the university in stages, which includes the return of at least a percentage of all students this fall.

The release comes one day after the NCAA approved a measure to lift the moratorium on voluntary workouts for football and men’s and women’s basketball players. It is set to take effect June 1.

But Indiana’s restart committee decided to allow researchers back on campus first, around June 1. Athletes could return about two weeks later. The student body would come back to start the fall semester.

“The hardest ball I ever hit.” — New York Yankees slugger Mickey Mantle, after hitting a pitch from Kansas City’s Bill Fischer off the right-field facade at Yankee Stadium in the bottom of the 11th inning to give the Yankees an 8-7 victory over the Athletics. The ball hit the facade 117 feet high and 370 feet away from home plate. It was later estimated the blast could have traveled 734 feet as observers said the ball was still rising when it hit the facade.

Mantle said it was the only ball he ever hit in which he could feel the bat bend in his hands. 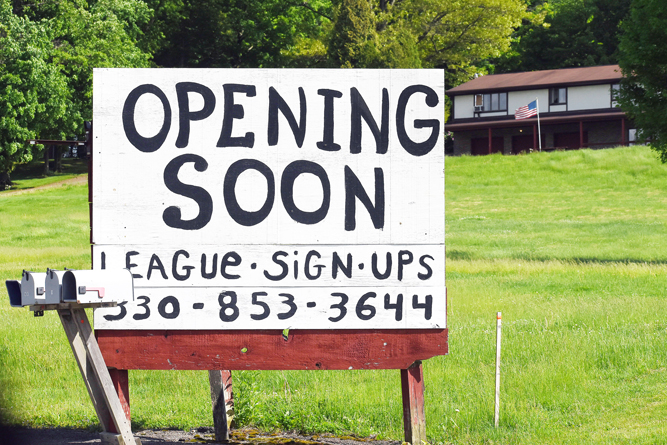