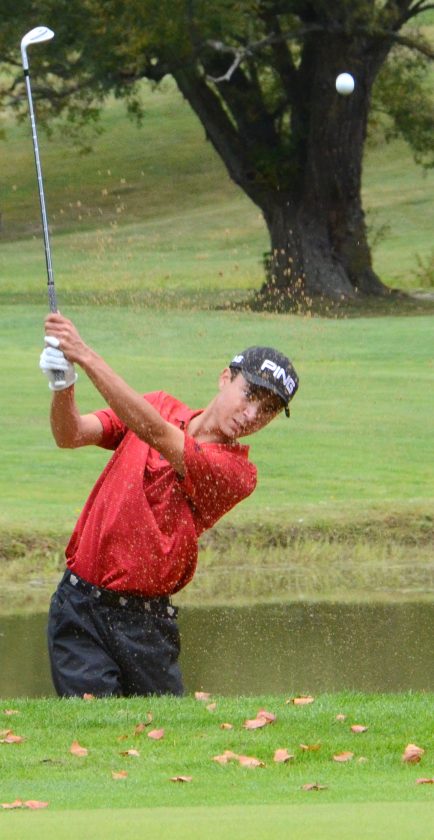 MEDINA — Paul Wackerly of Minerva and Jared Wilson of Columbiana each got off to fine starts at the 99th Ohio Open.

Wackerly shot a 3-under 69 at the Fox Meadow Country Club to tie for 10th in the 237-golfer field.

Wilson, a two-time Division III state champion who is now on the Kent State golf team, shot a 1-under 69 at Fox Meadow to share 25th place. Wilson open with a 3-over 39 but closest his round with four birdies in five holes for a back nine 32.

The tournament is being played on two courses. Wackerly and Wilson will each play at the Weymouth Club today and stand a good chance of making the cut.

Another local golfer, Alex Tambellini of East Liverpool, finished with a 7-over 79 at Fox Meadow.

The leader is Alex Weiss of Pickerington who fired an 8-under 64 at Fox Meadow to lead by two stokes over Ryan Yip of Kent, whose 6-under 66 came at Weymouth.

There are four divisions: 12 and under, ages 13-17, senior (18 and over) and special relationship such as grandfather-grandchild or uncle/aunt-nephew.

CLEVELAND (AP) — The Cleveland Cavaliers have agreed to terms with free agent forward Jordan Bell on a two-year contract and signed two-way forward Dean Wade to a multiyear deal, a source said.

The 6-foot-8 Bell was a second-round pick in 2017. He spent his first two seasons with Golden State before signing with Minnesota as a restricted free agent in 2019 and then going to Memphis. He’s averaged 3.8 points in 154 games.

Wade played in 12 games last season for Cleveland. He averaged 1.7 points and 1.6 rebounds. For most of the season, he played for Canton, the Cavs’ affiliate in the G League. Cleveland is impressed with the 6-foot-10 Wade’s versatility.

The Cavs are tweaking their roster while watching the league’s resumption in Florida from afar. Cleveland was one of the eight teams excluded from the restart in Orlando set for late July.