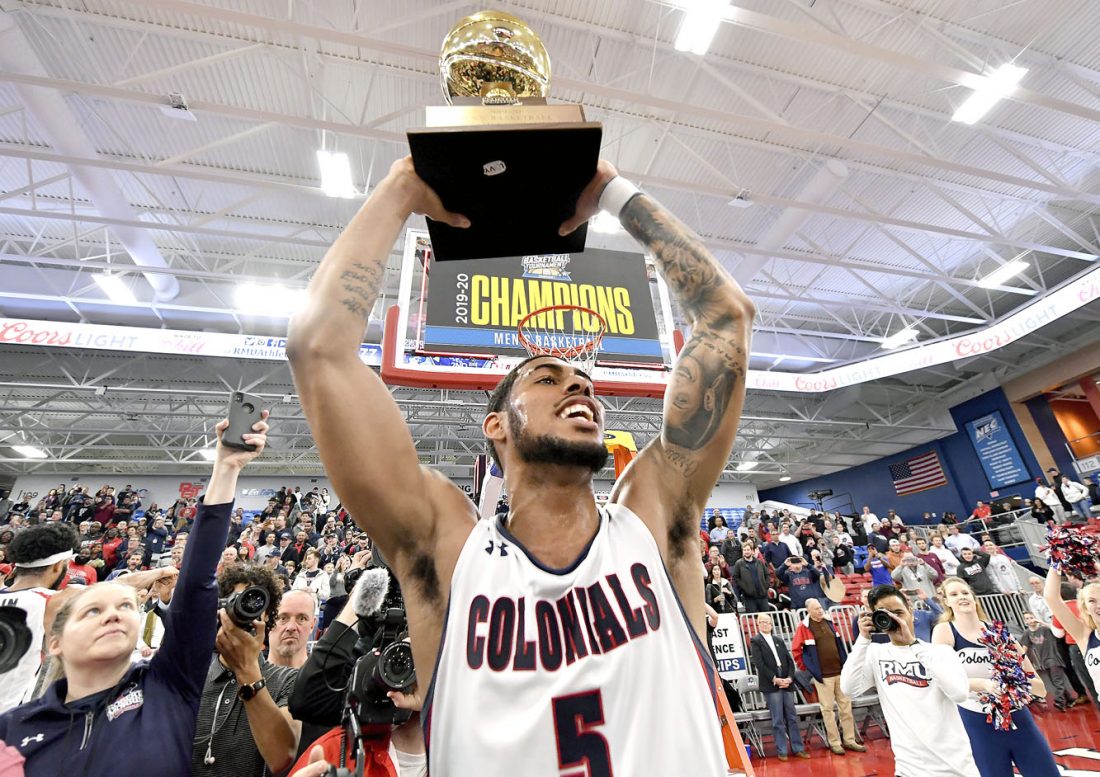 FILE - in this March 10, 2020, file photo, Robert Morris guard A.J. Bramah hoists the trophy after Robert Morris defeated St. Francis in an NCAA college basketball game for the Northeast Conference men's tournament title, in Pittsburgh. Robert Morris is leaving the Northeast Conference to join the Horizon League. The school announced on Monday, June 15, 2020, that it will become the 12th member of the Horizon League on July 1. (Matt Freed/Pittsburgh Post-Gazette via AP, File)

The school announced Monday that it will become the 12th member of the Horizon League on July 1. Robert Morris, located Pittsburgh’s western suburbs, will join the league in 10 sports, including men’s and women’s basketball as well as soccer and track and field.

“This is the next great step forward for our student-athletes,” school president Dr. Chris Howard said in a statement.

The Colonials have become an NEC power in men’s and women’s basketball in recent years. The men’s program has reached the NCAA Tournament four times in the last 11 years while the women’s program has won the NEC’s automatic bid seven times in the last 14 seasons. Both programs captured NEC titles this spring before the season ended because of the coronavirus pandemic.

The move to the Horizon League comes as the school is the midst of an aggressive expansion that included the opening of the 4,000-seat UPMC Events Center last fall.

The Horizon League, which includes Youngstown State, is also undergoing an overhaul. The additions of Robert Morris and Purdue Fort Wayne next month will boost membership from 10 to 12.

The Robert Morris football team, which was also a member of the NEC, is moving to the Big South as an associate member in 2021. The Colonials will compete as an independent in 2020.