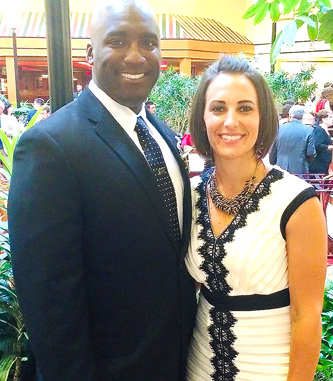 BOARDMAN — Brett Green remembered what it felt like to be a freshman on the 1999 East Liverpool High School boys basketball team, coming off the bench to be part of Potters greatness.

An East Liverpool team loaded with future NCAA Division I and II recruits went to the Division I state semifinals that season.

Flash ahead two decades, and the 2002 East Liverpool High School graduate was on the sidelines, watching his daughter play basketball on a fourth-grade Boardman travel team. He and former East Liverpool and Youngstown State standout Steve Flores were watching their children go up and down the court.

It has been less than a decade since Green has coached at the high school level (football, basketball and track and field), spending time coaching in Ohio, western Pennsylvania and eastern Virginia.

He has seen Boardman High School boys basketball when the Potters played them two decades ago. He’ll get an updated look real soon.

“I was going through my stuff and saw an article where we beat Boardman. It was kind of funny,” said Green, who played one year of basketball at Robert Morris University and finished his college career playing football at the University of Akron.

One of his first hires came from his own house, his wife Stevie (Goist), a 2003 Columbiana High School graduate — a basketball and softball standout with the Clippers.

She later played at Wheeling Jesuit and Geneva College before getting her master’s degree at Fairmont State University, where she helped coach the women’s basketball team.

Stevie said bringing back a winning attitude to Boardman is important.

“I think one of the things we’ve been focusing on is building confidence, individually as well as with each other,” said Stevie, who is an English teacher at Beaver High School in western Pennsylvania. “We see a lot of really good things as coaches that I don’t think they necessarily see in themselves. One of the things is buying into the fact that there’s a lot of skill, there’s a lot of talent. They have to believe that in order for them to be successful. We want to give them opportunities during practice to be successful and feel good about those successes.”

Brett, who is a real estate agent, said his team has been working at 6 a.m., lifting and doing other skills.

“I want to change the mindset, first and foremost, of winning. You can go through anything and you’ll be all right,” he said.

His work ethic came from his father, George, who was a standout basketball player at Ohio University.

Brett grew up in Midland, Pa., a few miles from East Liverpool. Midland’s high school closed in 1985 due to low attendance. East Liverpool agreed to take the high school students from Midland until 2015. Now, they are at Beaver.

Midland had many great athletes in the 1960s, including Norm Van Lier, who played for the Chicago Bulls.

“The whole mindset of Midland was to win all the time,” Brett said. “It didn’t matter who we played against. We go to Aliquippa, Pittsburgh, we go wherever. It didn’t matter. It was the same way in East Liverpool because we didn’t have a high school in Midland.”

Brett was a teen counselor for drug and alcohol addiction prior to being a real estate agent, while Stevie teaches high school.

Yes, a husband and wife coaching together.

“We compliment each other well,” Stevie said. “So far, no fights. We see the game pretty similarly. We tend to agree on that, how we approach things. So far, so good.”

Stevie and Brett are proud Boardman Schools parents, just wanting to give back to the community.

“This is home to us,” Stevie said. “We’re proud of Boardman schools. We feel our kids, academically, have done really well. We want to see the sports part of it thrive also. We’d like to be part of it.”