Suburban League on the sideline for 2020 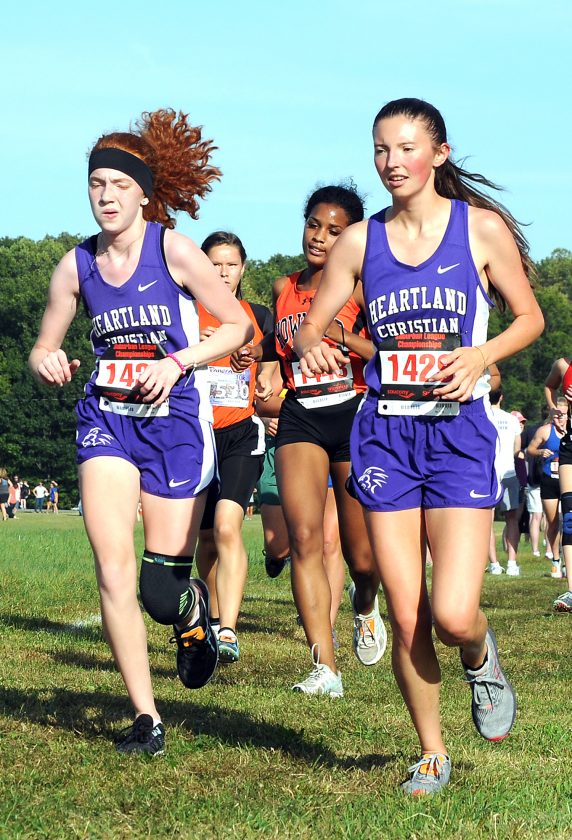 The Suburban League cross country season is over before it started.

League officials announced Thursday the 2020 season is canceled due to the coronavirus pandemic.

“I know people are going to be disappointed,” league coordinator John Daubenspeck said. “It’s something the kids look forward to every year. We felt like it was best for the kids. It was not a decision we took lightly.

“It was done with reluctance. We are sports people and want the kids to race.”

The league was just over a month away from starting the season and officials decided making the decision now will give teams a chance to enter other meets.

“We wanted to get the word out because it gives schools time to make plans for alternative competition,” Daubenspeck said.

“For us, there are too many moving parts. There are three different county boards of health. We have seen how they have handled road races and fun runs. I can’t imagine how ours would be any different.”

The announcement came after the OHSAA released its cross country guidelines on Wednesday.

“I think it was a compilation of things,” Daubenspeck said. “People think of cross country as a non-contact sport, but it is in one sense. There is crowding at the start and finish lines and you can’t control that.”

One of the new OHSAA guidelines is having staggering starts by using fully-automatic timing, a more costly venture. The league doesn’t do that during its three regular-season races at three sites each week, but has recently at the championship at the Canfield Fairgrounds.

“Our goal in the Suburban League is, first of all, to provide competition to as many athletes as we can and have it affordable,” Daubenspeck said.

The league fee is $150 per school, which includes four races with an unlimited number of runners.

“We’ve really fought hard to keep the fee as low as possible,” Daubenspeck said. “Some of the larger schools can afford to pay more and would. But smaller schools don’t have large budgets.”

Another issue is if there would be enough officials available for meets.

“It would have required so much personnel, one of a laundry list of issues we were facing,” Daubenspeck said. “We have a hard time getting weekday officials. The younger officials have jobs and are working. More of the older officials are more interested in track than cross country. We lost a couple we were counting on.”

The league is planning to resume competition in 2021.

Daubenspeck said United chose not to participate this season along with Newbury, which closed its school. Bloomfield is starting a cross country team and was joining the league this fall.

• Scheduled to host meets this season were Columbiana, East Palestine, Austintown Fitch, Badger, Brookfield, Girard, McDonald, Niles and Poland and of course the Canfield Fairgrounds for the championship.

“All the schools that have hosted meets have been wonderful hosts,” Daubenspeck said. “How can we be accountable for all these expectations with 42 schools and more than 1,000 kids?”

• Daubenspeck said the Suburban League formed in the mid- to late-1970s with several teams and expanded in the 1980s.

• Everyone is left wondering if there will be any cross country meets this season?

“I know some places are still progressing with plans at this point,” Daubenspeck said. “I think with the guidelines the OHSAA has shared and some of the other places have shared, it’s going to be a challenge. The bigger the meet, the more of a challenge it will be.”