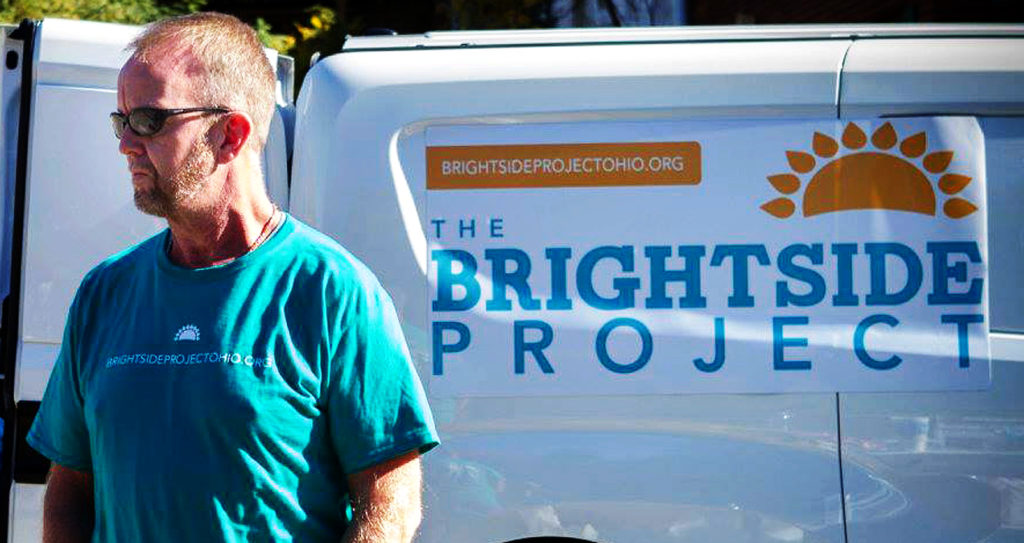 SALEM — The former director of a local charity organization is attempting to get directly at the most needy children in the community.

Scott Lewis, former founder and director of the Big Reach Center of Hope in Greenford, has established The Brightside Project, a non-profit organization that travels into the most poverty stricken neighborhoods to provide support for children of troubled homes.

“The vision is for a mobile unit that travels to schools and into poverty stricken neighborhoods,” Lewis explained. “We want to reach the kids who are facing hardships…the ones who don’t have a choice in their situation. You see these kids in situations where it breaks your heart.”

After resigning from the Center of Hope in the spring of last year, more than 11 years after he first started it, Lewis said he took time to recover from the grief created by the hard decision, but ultimately felt the calling to continue his mission.

Launched about a month ago, the Salem-based charity is faith based, but not affiliated with any church, Lewis said.

The organization is currently applying for 501c3 status and will look to expand from Salem neighborhoods to others in Columbiana County and eventually Mahoning County, he added.

Lewis said he hopes to work closely with schools and law enforcement agencies to identify children in need.

The difference between the Center of Hope and The Brightside Project is the focus on the child rather than the family, he noted. Through Brightside, the children can get personal care items and receive mentoring — with direction where to get their needs met.

CNN posted a story on Sept. 24, “This is America on drugs: A visual guide,” in which the story reported Ohio now has the fifth highest death rate from drug overdoses in the country — with West Virginia and Pennsylvania two of the four higher.

The poverty rate for children in Columbiana County is 27.2 percent compared to the state average of 23.9 percent, according to the report.

“With greater than 25 percent of Columbiana County’s children in poverty, I believe the community needs an organization like The Brightside Project to reach out to those children who may need a helping hand and a listening ear,” Vicki Thompson, Senior Project Consultant at Thomas P. Miller & Associates and Brightside Board of Directors, said. “Children are influenced by their surroundings. Why not provide a positive opportunity for them by bringing a mobile unit to their neighborhood filled with items for a brighter day that influences a brighter future?”

Lewis and board of directors are currently conducting a fundraising campaign to purchase the mobile unit.

The funds raised in the $100,000 Launch Campaign will be used to purchase the first mobile unit and fund administrative start up costs. Visit brightsideprojectohio.org or gofund.me/2KMXPF8 to donate online. Checks are also accepted. Make them payable to The Brightside Project and mail them to PO Box 314, Salem, Ohio, 44460.

“I would say a donation to The Brightside Project is an investment in our local community,” Lew Thompson, Team Office in Austintown and Brightside Board of Directors, said. “This will help children in our neighborhoods and provide them with essentials and positive and encouraging support.”

The Brightside Project held its first event last weekend in the parking lot of the former Salem Label building on Lundy Avenue between Aetna and Franklin streets. The charity gave 72 bags of healthy snacks and personal care items to 72 children.

After bags were distributed in the South Lundy Avenue area, the Brightside Project team went to the Reallife coat drive and met with many more families and children.