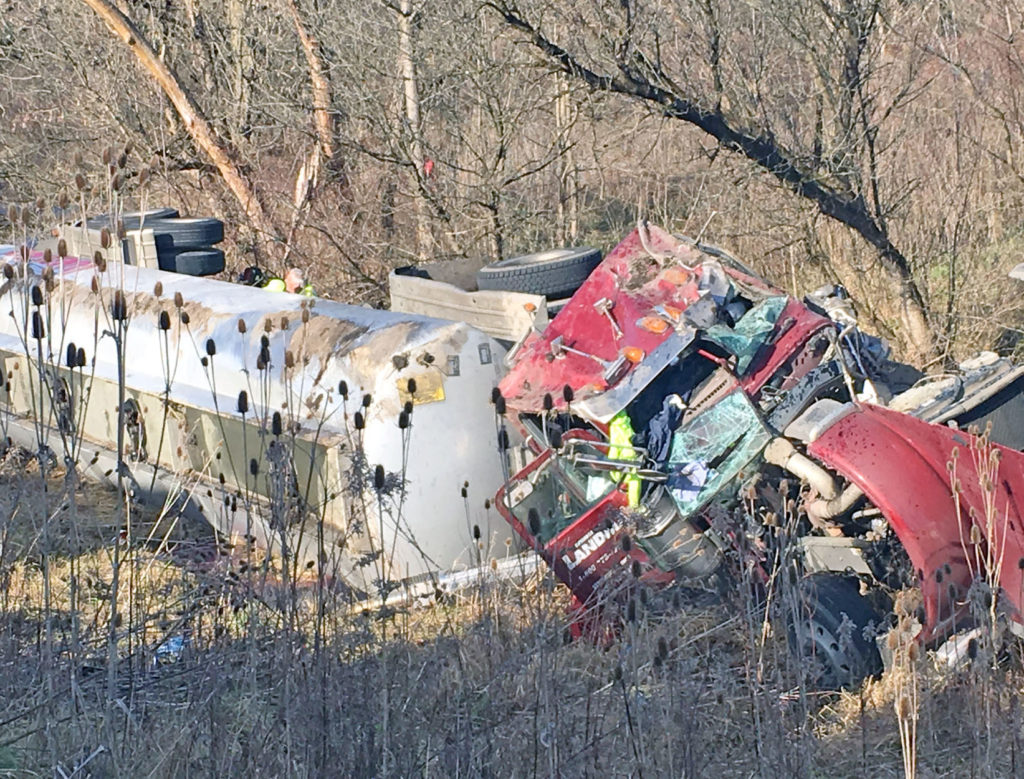 Columbiana County’s hazmat team was called in to assist with a diesel fuel spill into Bull Creek Tuesday when a tanker truck hauling 9,000 gallons of diesel fuel overturned into the creek after losing control on state Route 558 between East Palestine and New Waterford. The driver was taken to St. Elizabeth Hospital with non-life-threatening injuries. (Salem News photo by Katie White)

EAST PALESTINE — Diesel fuel was spilled into a stream that feeds into the Ohio River on Tuesday when a tanker truck lost control on state Route 558 and overturned into the waterway.

The Ohio River provides municipal water to the city of East Liverpool and the Buckeye Water District.

Highway Patrol Sgt. Adam Shonk said the semi was coming down the hill along Route 558 when the brakes went out and the driver attempted to turn right onto Route 46 to avoid going off the road, but lost control and overturned into the the creek.

East Palestine Fire Chief Josh Brown said the driver was able to get out of the extensively damaged semi before first responders arrived and was taken by ambulance to St. Elizabeth’s Hospital with non-life-threatening injuries.

Shonk did not disclose the driver’s identity that evening as the crash remains under investigation.

Brown and Assistant Fire Chief Tim Griffith said fire crews immediately began working to stop the fuel from getting into the Ohio River using a hazmat patching kit. East Palestine was providing mutual aid to New Waterford at the scene, as it was New Waterford’s jurisdiction.

Other fire crews that responded were Negley, East Liverpool, Columbiana, Springfield Township and Newell, W.Va. The Darlington, Pa., fire department was placed on standby at the East Palestine station.

“We stopped a lot of the leaks when we got here, but there is enough fuel to warrant notifying the Environmental Protection Agency,” Griffith said of what entered the stream.

In addition to the EPA, the county’s hazmat team was also notified and responded immediately to help contain the spill. Efforts consisted of using absorbent booms and building up a dam along the creek through the help of Hillcrest Excavating.

Teams were also set up to make dams along Bull Creek at state Route 154 and Millrock Road and at the Potter’s Camp in New Waterford, Brown said.

East Liverpool Fire Chief Bill Jones, who heads up the county’s hazmat team, said it was too early to tell how much fuel had been spilled into Bull Creek.

“We don’t want more to leak when they load the truck. There is a sheen on the water,” he said.

Officials notified a towing company to remove the semi from the creek, and Shonk said Landmark had also been contacted and was en route.

The county’s Local Emergency Planning Committee and Ohio Department of Transportation were also contacted to arrive at the scene. 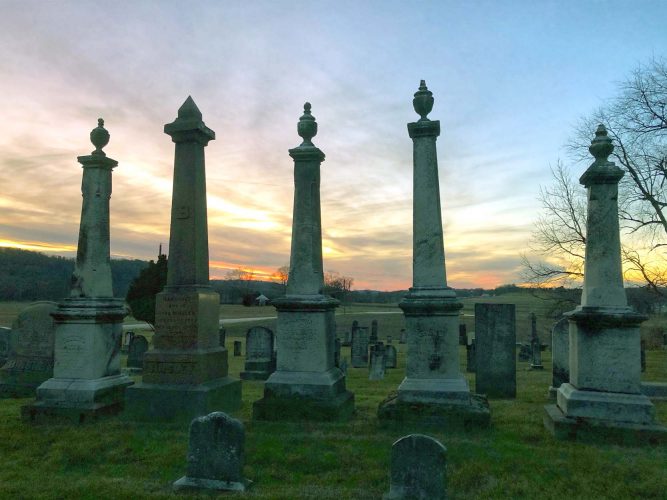