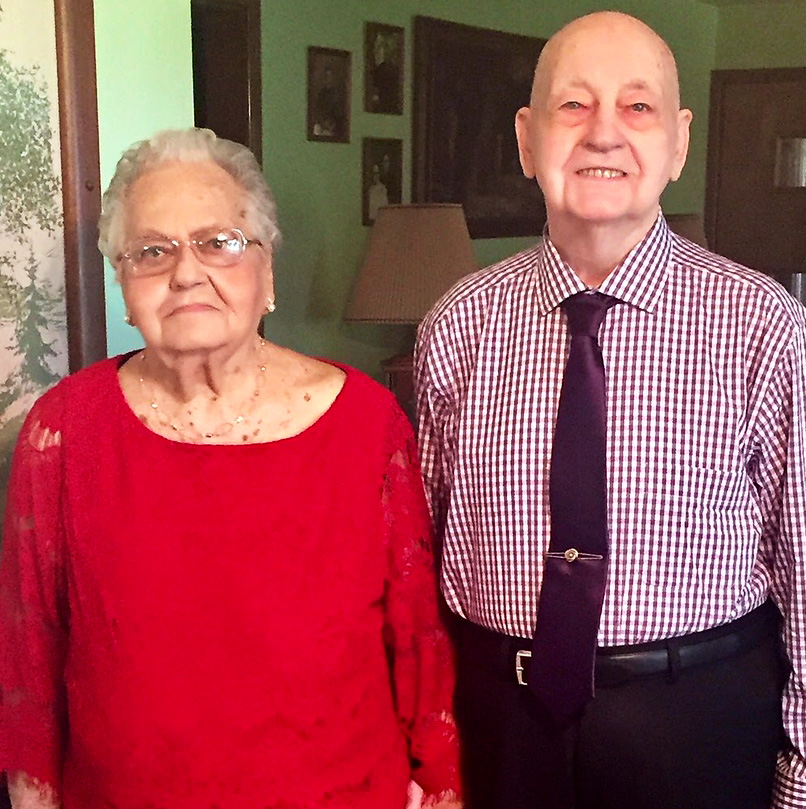 Mrs. Chismar, the former Carol Basinger, grew up in Columbiana where her parents owned Basinger Greenhouse and Floral on North Main Street until 1943 when the business burned. After raising her three children, Mrs. Chismar worked as a short-order cook at Parkmore Restaurant in North Lima in the early 1970s. Following that, she held various jobs for area nursing homes.

Mr. Chismar grew up in Green Township. He worked as a union carpenter for various contractors in the Canfield area for 20 years. While in that profession, he was able to construct his own home in 1957, where they still live today. In 1962, Mr. Chismar graduated from Akron Barber College. He was also employed at the GE Lamp Plant in Youngstown as a maintenance carpenter, where he retired after 20 years. He was a member of the Greenford Ruritan Club for 35 years with perfect attendance.