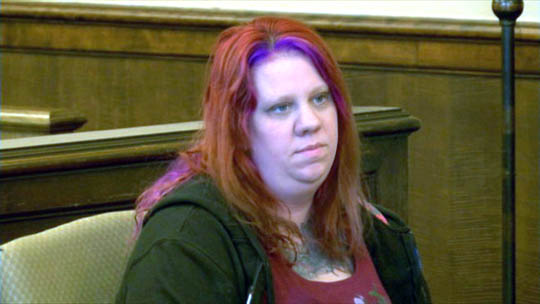 LISBON — An East Liverpool woman was sentenced to six months in the Columbiana County Jail for engaging in voter registration fraud.

Rebecca A. Hammonds, 34, of Fourth Street, was originally charged with 35 counts of falsely registering people to vote and forging signatures on voter registration forms. She pleaded guilty in January to 14 of the 35 counts as part of a plea deal.

Hammonds was a paid canvasser for the Ohio Organizing Collaborative (OOC), a liberal activist group that was active in registering voters in the southern part of the county during September and October 2015, when the voter registration fraud occurred. In October of that year, the county elections board director contacted the sheriff’s office after his staff began finding discrepancies in voter registration applications filed by OOC, including five submitted in the name of dead people.

The sheriff’s office conducted the initial probe before turning the investigation over to the Ohio Bureau of Criminal Investigation, a division of the Ohio Attorney General’s Office, which handled the prosecution. The felony charges carried a maximum possible one-year prison sentence on each count. Brian Deckert, an associate assistant attorney general, had recommended a one-year prison sentence for Hammonds but he did not oppose her request for probation.

At Monday’s sentencing hearing, Deckert said Hammonds was paid an hourly rate and not per voter registration, so it was not “a situation where she had a quota system … I think it just may have come down to human laziness,” he said of Hammonds’ actions.

Public defender Jennifer Gorby attributed her client’s actions to “a lack of judgment on her part” and that she engaged in this behavior to keep her job.

While there may have not been a quota system in place, Hammonds told Judge C. Ashley Pike she felt pressure to sign up as many registered voters as possible after being told the canvassers’ failure to meet certain goals could result in the OOC’s local funding being pulled. “I just felt I needed to keep the numbers up,” she said.

Pike questioned Hammonds further, asking if her supervisors were aware of her illegal activities? “Not that I’m aware of,” she said.

While Deckert may have had no objection to Hammonds being granted probation, the judge did, with Pike saying voter registration fraud is a serious crime that deserves some incarceration.

“I just can’t overlook this. You attempted to violate the integrity of our election process in the county,” he said, adding Hammonds would have gotten away with it were it not for the alert staff at the elections board.

“You made a mockery of our system … If 180 days (in the county jail) doesn’t teach you a lesson, nothing will,” Pike added.