Familiar faces set to take over on Salem school board 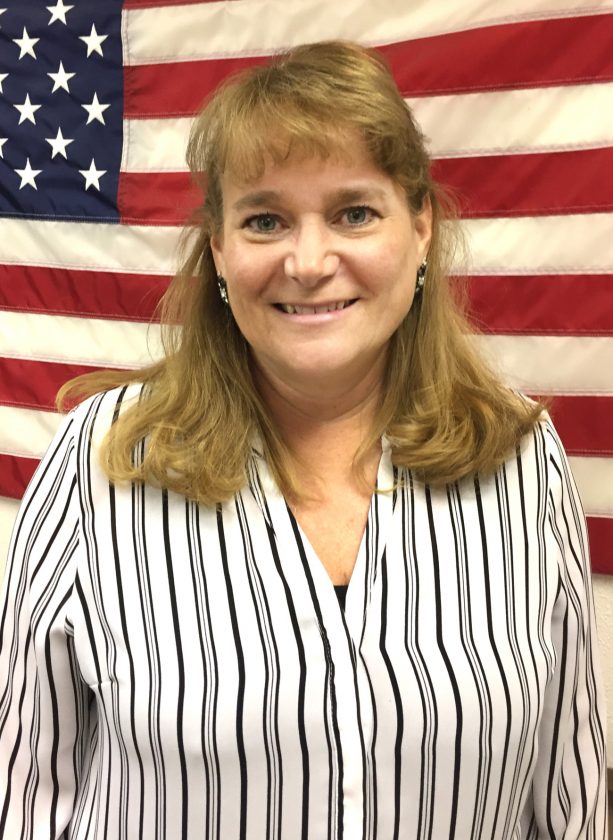 SALEM–A former superintendent, a recent graduate and a parent who’s a former teacher — those are the new faces of the Salem City Board of Education.

All can be described as passionate and all represent varied perspectives on education, but with a shared purpose. All said they’re ready and excited to begin their service in January after going unopposed in the Nov. 5 election for three open seats.

The field started with five candidates, but two failed to qualify due to problems with their petitions, leaving Dr. Joe Shivers, Brittany Zamarelli and Dianna Barley as shoo-ins as long as they each received at least one vote. They all received a lot more than that.

“Wow,” was Barley’s reaction to realizing that she was going to be a member of the school board. “I don’t think it really hit me until Election Day. I am super excited.”

The 52-year-old native of Shiloh, which is north of Mansfield, moved to Salem in 2005 with her husband, Rick, and daughters Kelly, now 22, and Krista, now 16 and a sophomore at Salem High School. Kelly is an SHS graduate who earned a bachelor’s at Mount Union and is working on her master’s degree in psychology at Youngstown State University. She played volleyball for Salem. Krista plays on the girls soccer and basketball teams for the Quakers. 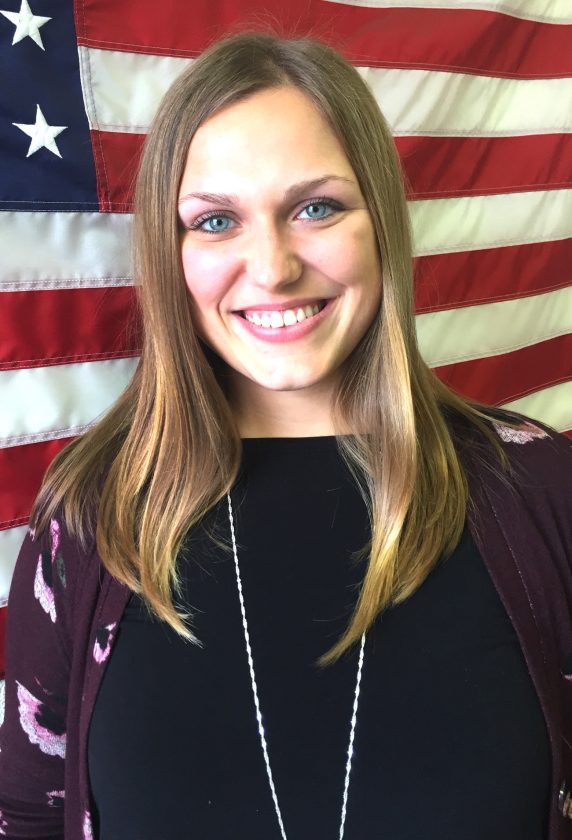 Barley has been working for five years as a payroll specialist at Mount Union and previously did other jobs in data entry and payroll. A huge sports fan with coaching experience, she volunteered coaching Center Circle basketball at the Salem Community Center for three years and served as the eighth grade girls basketball coach at United for three years.

She has the perspective of being a parent and a coach, but also an educator. Barley graduated from Ball State with a bachelor’s degree in education, substitute taught in the Mansfield area, taught eighth grade in Beaufort, S.C., where she was also athletic director, and taught fifth grade in Charlotte, N.C. She quit teaching and switched to the numbers field. Her husband works in the automotive accessories field and they decided to come back to Ohio since most of their family was here. Her mother was living in Damascus and her husband got a job in Alliance, so they settled on Salem as their home.

Now that her kids are grown and settled, she wants to put her education back to work.

“I’m very passionate about this community, the kids, the sports program,” she said.

Not long ago, Zamarelli traveled the halls of Salem High School as a student athlete, graduating in 2016. Now she’s set to graduate again in spring 2020 with a bachelor’s degree from Kent State University where she’s majoring in managerial marketing with a minor in entrepreneurship and was a member of the American Marketing Association through her junior year. This year she served as the first summer intern for the Salem Community Foundation through funding from the Jacqueline E. Troll Memorial Fund grant initiative. Zamarelli continues to work for SCF on a part-time basis. 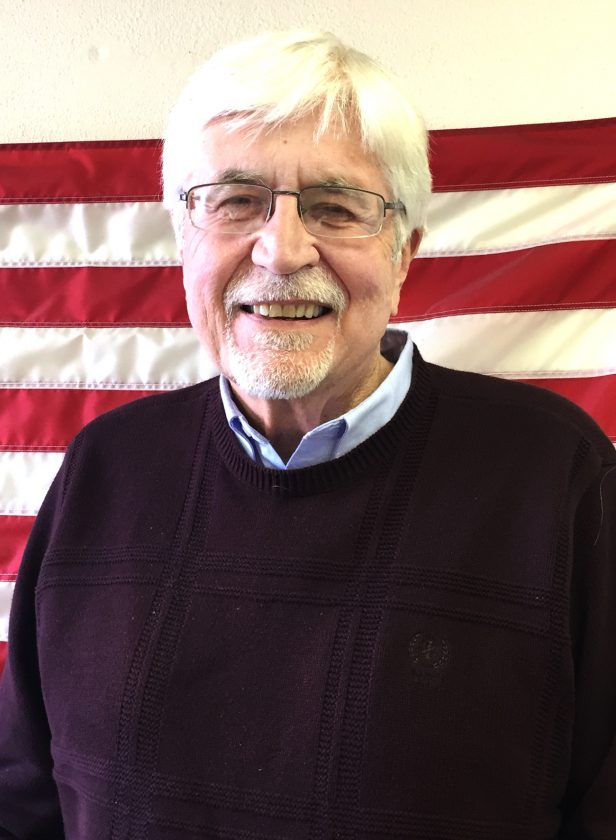 Serving the community is just part of her nature. Her father, Frank, owns and operates Salem Computer Center and her mother, Glory, who works in radiology at Salem Regional Medical Center, helped found Gingerbread Day with Lisa Bezon. Both have been active in serving the community and she’s proud to come from a family that cares so much about Salem. She said she wants to continue that service and said her sister, Taylor Cappa, feels the same way. She’s a registered nurse at the hospital and also works part-time as a school nurse at Southeast.

Zamarelli coached freshman volleyball at Salem High School in 2018 and eighth grade volleyball in 2019. As a student, she played volleyball and basketball. She was a representative to student council, was a member of Interact, which is a high school service club sponsored by Salem Rotary, was in Spanish Club, sang in the choir all four years, acted in plays such as Annie, was selected for homecoming court her senior year and as a member of the National Honor Society as a junior and then graduated with honors.

“Salem has given me so many opportunities and I’ve been so thankful for those opportunities. I want to give back to Salem for what it’s given to me,” she said.

At 22 years old, she said she has a mature understanding of the importance of education and of the benefits of a good education for students.

“I was just in their shoes,” she said.

She said she has a good background because of her experience in athletics and in the arts and said her experience at the SCF has definitely been beneficial because she’s learned a lot about funding and finances.

“I think it’s important to have a young perspective, that was the main reason I ran,” Zamarelli said. “I want what’s best for Salem and I want to be part of the change.”

She plans to remain in the Salem area for life and feels she has a lot to offer.

He earned a bachelor’s degree from Baldwin Wallace College and a master’s degree from The Ohio State University. He earned a doctorate in education from Harvard. He also has an interest in music and is a reader.

He and his wife Madeline, another SHS grad, have two sons, Joseph in Denver, and Brian in New York. They also graduated from Salem.

“Salem Schools are on a terrific trajectory here and Superintendent Sean Kirkland is the man to continue the district on that upward trajectory,” Shivers said.

He has the perspective of being on the inside for many, many years and when he announced he was running, he said his institutional knowledge at Salem could be helpful to the board, plus his experience in education over the long haul could prove beneficial.

Shivers said he wants to ensure that he and the rest of the board stay out of the way of Kirkland and the great administrative staff that’s in place, to let them take care of the day-to-day and week-to-week operations of the school district.

“This is a caring community. The best way to help our kids succeed is to let the professionals take care of the curriculum, the facilities and the community relations,” he said.

He tried to hire carefully and the people on staff are a testament to that.

Shivers, Zamarelli and Barley all attended the Ohio School Boards Association conference within days of the election, along with current school board member Carol Hrvatin, Salem Schools Treasurer Michael Douglas and Kirkland. Even with all his experience, Shivers said you always learn and his overall takeaway was that Salem was doing some good things, such as working the Banquet in Salem and volunteering at the Salem Community Pantry, providing the free meals at Buckeye and Reilly and providing so much student support that has nothing to do with education.

“I thank the 2,000-plus people who voted their vote of confidence. I’ll work to repay that confidence. I’m excited about Salem schools,” Shivers said.

Barley said the conference was a wonderful experience. She learned a lot and did some great bonding with her soon-to-be fellow board members and the administration. She learned she’ll still be able to volunteer with the sports boosters and admitted this will be her year to learn what her role will be as a board member, saying she can’t wait to learn the ins and the outs. She said the district is in a good place and she wants to see that continue.

“I’m very appreciative of the support I’ve had from the community. When I told people I was running, they encouraged me,” she said.

“I’m excited I’ll get to work and collaborate with the new and current board members,” she said.

Hrvatin was one of her teachers and Shivers was superintendent while she was in school. She kind of grew up with Kirkland as her junior high principal and high school principal. She said they’ve all been major influences in her life and she’s excited to get to work with them on a different level.

“I’m very thankful and appreciative for the voters’ support and I hope to serve them well,” Zamarelli said.