LORDSTOWN — General Motors picked a 158-acre site in Lordstown for a new battery-cell manufacturing plant because developing it would be less environmentally damaging to wetlands and bats than another location evaluated as a finalist.

GM’s familiarity with the property, its existing rail line and work already done by the seller — demonstrating that construction of the plant is doable — also played big roles in its selection of the land on Tod Avenue, according to documents filed Jan. 10 with the Ohio Environmental Protection Agency.

The application for water quality certification details how GM started with six potential sites in the Mahoning Valley, whittled that down to two and chose the parcel owned by North Point Development over a multi-parcel site of 304 acres largely owned by Norfolk Southern on Ellsworth Bailey Road.

GM wants to break ground in the spring on the $2.3 billion facility it wants to build jointly with South Korea’s LG Chem to supply batteries for electric vehicles the automaker wants in production by 2023. It’s expected the plant will employ about 1,100.

The automaker has a signed purchase agreement with North Point near Kansas City, Mo., for the land, this newspaper first reported Tuesday.

Before the deal is sealed, “ongoing diligence” that includes securing other permits to start construction and operate the plant must be completed. Those include environmental permits from the Ohio EPA and U.S. Army Corps of Engineers.

Deficiencies and constraints with each site made them unsuitable for the plant, which according to the application must be zoned industrial and be no less than 150 acres — if not more — for potential future expansion.

Both final sites met many of the project’s developmental needs, but both also contained a “significant quantity of wetlands” that would be impacted by the plant, the application states.

“Given that the quantity of impacts at the two sites are similar, impacts to the mostly non-forested wetlands on Site 1 (Tod Avenue) would be less environmentally damaging than impacting approximately 68 acres of forested and non-forested wetlands” at the Ellsworth Bailey Road site, the application states.

The Ellsworth Bailey Road location is 90 percent forested and at least 100 acres of trees would need cleared, which poses an issue because of the potential impacts to a protected bat species, which also figured into Tod Avenue being the preferred site.

The North Point Development site contained enough acreage, but was on the lower end of the criteria, while the potential for onsite or adjacent expansion remains undetermined, the application states.

It has electric, gas, communication and sewer utilities and is less than one mile from the nearest interstate, but contains a significant amount of wetlands that will be impacted by construction.

The Ellsworth Bailey Road location, which is six parcels owned by various entities in addition to Norfolk Southern, including Armil Inc., is west of the old GM plant, now owned by Lordstown Motors Corp.

Sanitary sewer and communication utilities are nearby while gas is available at the site; electric power is not adjacent, but moderately available. It has expressway access of less than 1 mile with moderate rail access ease, the application states.

The application states a review of the electrical infrastructure for the area by GM experts shows there is not enough power for the new facilities on Tod Avenue and a new regional substation would need built to feed the plant.

Area at the site, however, can be allocated for the substation.

Power at the Ellsworth Bailey Road site was more problematic. The feed from Ohio Edison “would pose a very difficult challenge” because the site is fed from a separate grid and “requires significant design,” the application states. Additional land and easements would be needed to make that site feasible.

In addition, acquisition of the Ellsworth Bailey Road site started well, but fizzled when purchase documents sent for review were not returned or given a response, the application states.

With the site needing to be acquired in early 2020, this has become an obstacle for potential development of the Ellsworth Bailey Road site, the application states. “On the other hand, the applicant (GM) has completed negotiating and has entered into a contract to buy Site 1 (Tod Avenue) as of October 2019.” 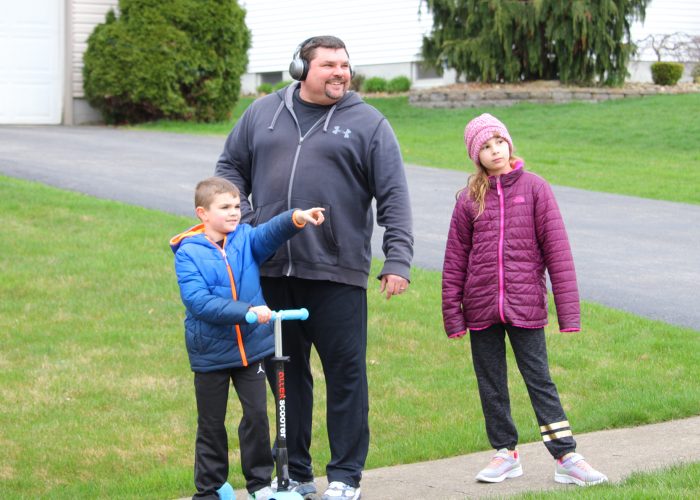 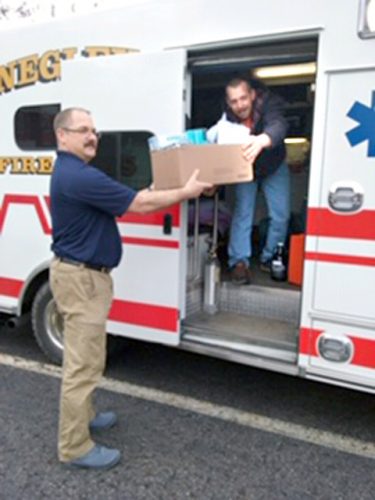