SEBRING — Roberta “Bobbie Lou” Weingart will celebrate her 90th birthday this month. Mrs. Weingart was born in Salem on Feb. 22, 1927, and graduated from Salem High School in 1945.  She married Norman Weingart in 1947 and the couple had three children, Mark, Scott and Valerie. To ... 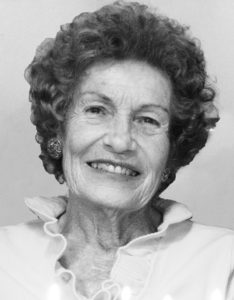 DEERFIELD—Yvonne (Leask) Manypenny recently celebrated her 90th birthday at the home of her daughter, Sally Sampson, in Deerfield with about 30 family members in attendance. Manypenny was born in Simcoe, Ontario, Canada, on Nov. 16, 1926, to Fred and Sarah (Welsby) Leask. Two years later ... 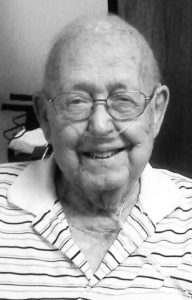 SALEM—Charles E. Slavens was recently surprised with a celebration of his 93rd birthday by his family, Cindy and Jonathan Slavens of Salem and Robert and Michelle Slavens of Westerville, and friends. He was born in Struthers on Nov. 23, 1923, and is a lifetime member of Veterans of Foreign ... 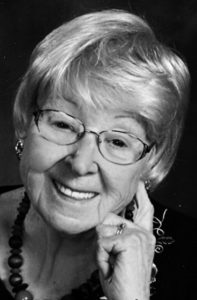 ALLIANCE—Patsy M. Stuckey of Alliance will celebrate her 90th birthday on Nov. 20. She has two daughters, Malissa Smith of Beloit and Linda Schadel of Burdett, Kan. Mrs. Stuckey was employed at various jobs in the area including 24 years at the former McCulloch’s department store in ...

A. Furey to mark 95th birthady

HANOVERTON — Arthur Furey of Hanoverton will celebrate his 95th birthday on Nov. 17. His family will host a birthday party in his honor at 6 p.m. Nov. 19 in the reception area at St. Philip Neri Catholic Church in Dungannon. A Mass begins at 5 p.m. Family and friends are invited.

COLUMBIANA — Nicholas Bogdan Sr. of Columbiana celebrated his 90th birthday on Nov. 2 with his family. He was born Nov. 2, 1926, in Leetonia, the son of Dan and Versavia Bogdan and was the youngest of eight children. After graduating from Fairfield High School, and returning from the ... 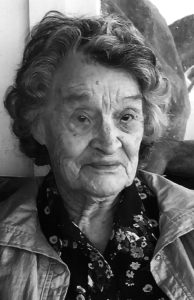 SEBRING—Lorena “Renie” Phillips will be honored on the occasion of her 100th birthday at an open house reception from 2 to 4 p.m. Nov. 6 in the Williamsburg Lounge at Copeland Oaks in Sebring. Mrs. Phillips is the oldest member of the Damascus Friends Church where she has attended ... 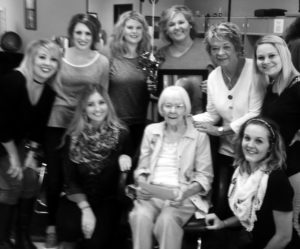 The girls at The Good Look hair salon in Salem helped celebrate their customer’s 104th birthday. Harriet Jackson of Salem turned 104 on Oct. 20. Harriet worked for the Salem News for 27 years in the mailroom and currently resides in Salem with her daughters. From left, first row, Taylor  ...

HANOVERTON-The family of Vernon W. Brown is hosting an open house celebration for his 90th birthday from 2 to 5 p.m. Sept. 10 at Bethesda Presbyterian Church, 13461 Bethesda Road, Hanoverton. The family requests that gifts be omitted.